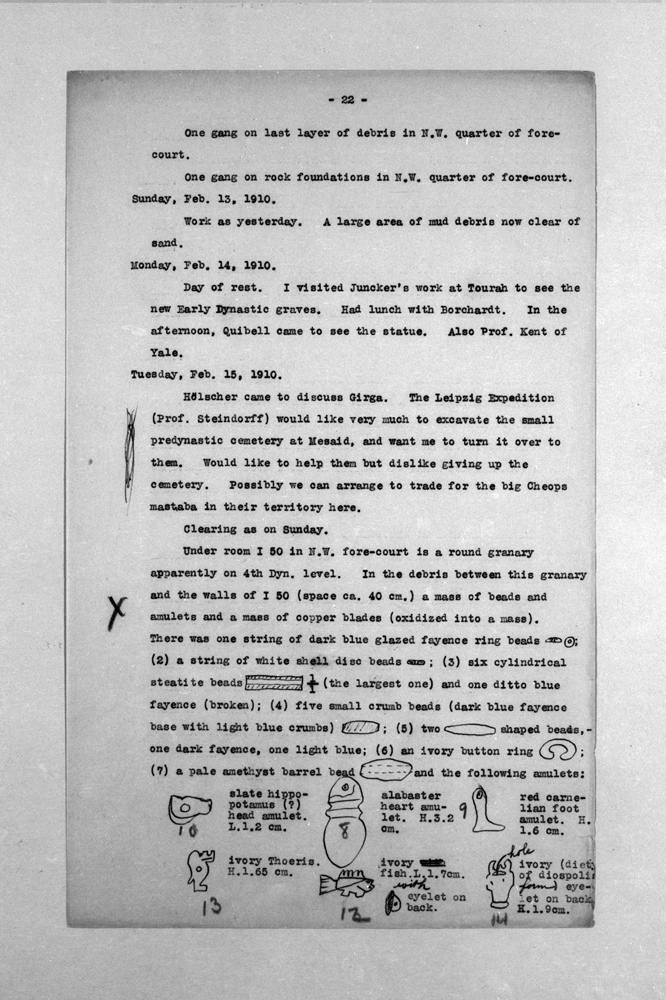 Work as yesterday. A large area of mud debris now clear of sand.

Day of rest. I visited Junker's work at Tura to see the new Early Dynastic graves. Had lunch with Borchardt. In the afternoon, Quibell came to see the statue. Also Professor Kent of Yale.

Holscher came to discuss Girga. The Leipzig Expedition (Professor Steindorff) would like very much to excavate the small pre-dynastic cemetery at Mesaid, and want me to turn it over to them. Would like to help them but dislike giving up the cemetery. Possibly we can arrange to trade for the big Khufu mastaba in their territory here.

Clearing as on Sunday.