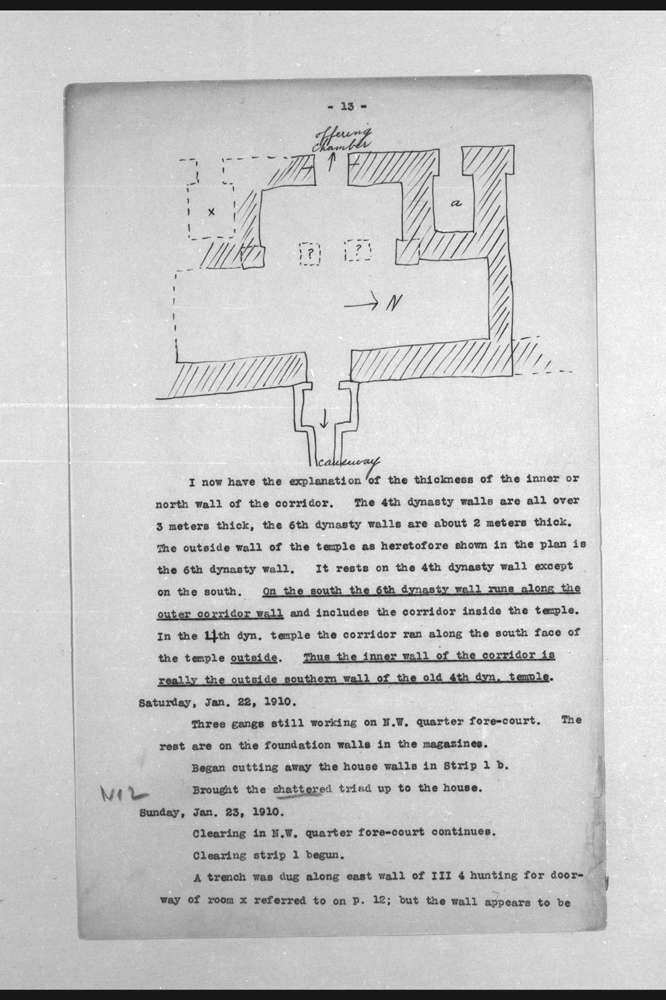 Three gangs still working on northwest quarter fore court. The rest are on the foundation walls in the magazines.
Began cutting away the house walls in strip 1b.
Brought the shattered triad up to the house. [margin note] no. 2 [= published no. 13 = MFA 11.3147] [end margin note]

A trench was dug along east wall of III 4 hunting for doorway of room x referred to on page 12; but the wall appears to be