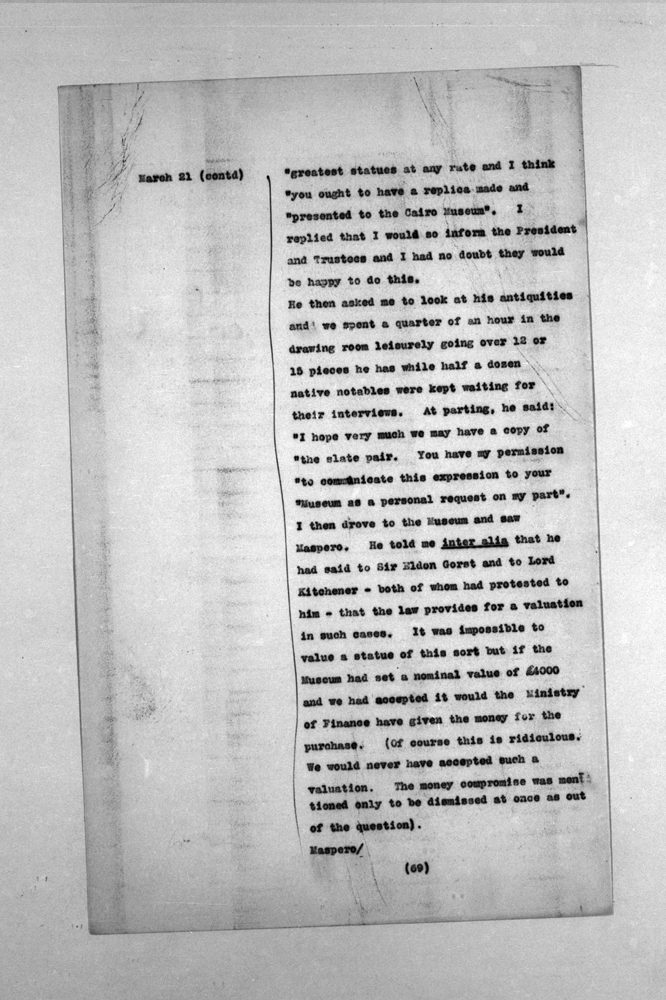 statues at any rate and I think you ought to have a replica made and presented to the Cairo Museum." I replied that I would so inform the President and Trustees and I had no doubt they would be happy to do this.
He then asked me to look at his antiquities and we spent a quarter of an hour in the drawing room leisurely going over twelve or fifteen pieces he has while half a dozen native notables were kept waiting for their interviews. At parting, he said "I hope very much we may have a copy of the slate pair. You have my permission to communicate this expression to your museum as a personal request on my part." I then drove to the museum and saw Maspero. He told me inter alia that he has said to Sir Eldon Gorst and to Lord Kitchener - both of whom had protested to him - that the law provides for a valuation in such cases. It was impossible to value a statue of this sort but if the museum has set a nominal value of LE 4000 and we had accepted it would the Ministry of Finance have given the money for the purchase. (Of course this is ridiculous. We would have never accepted such a valuation. The money compromise was mentioned only to be dismissed at once as out of the question.)
Maspero