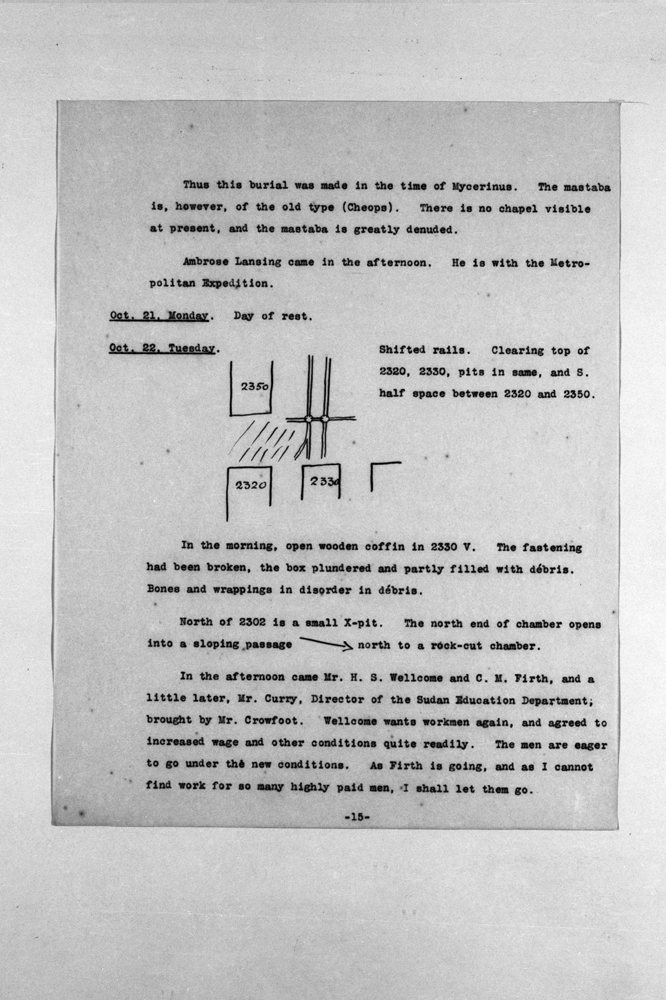 [G 2300 A = G 5190 A (continued)]
Thus this burial was made in the time of Menkaure. The mastaba is, however, of the old type (Khufu). There is no chapel visible at present, and the mastaba is greatly denuded.

Ambrose Lansing came in the afternoon. He is with the Metropolitan Expedition.

North of G 2302 is a small X-pit. The north end of chamber opens into a sloping passage [looking] north to a rock-cut chamber.

In the afternoon came Mr. H.S. Wellcome and C.M. Firth, and a little later, Mr. Curry, Director of the Sudan Education Department, brought by Mr. Crowfoot. Wellcome wants workmen again, and agreed to increased wage and other conditions quite readily. The men are eager to go under the new conditions. As Firth is going, and as I cannot find work for so many highly paid men, I shall let them go.