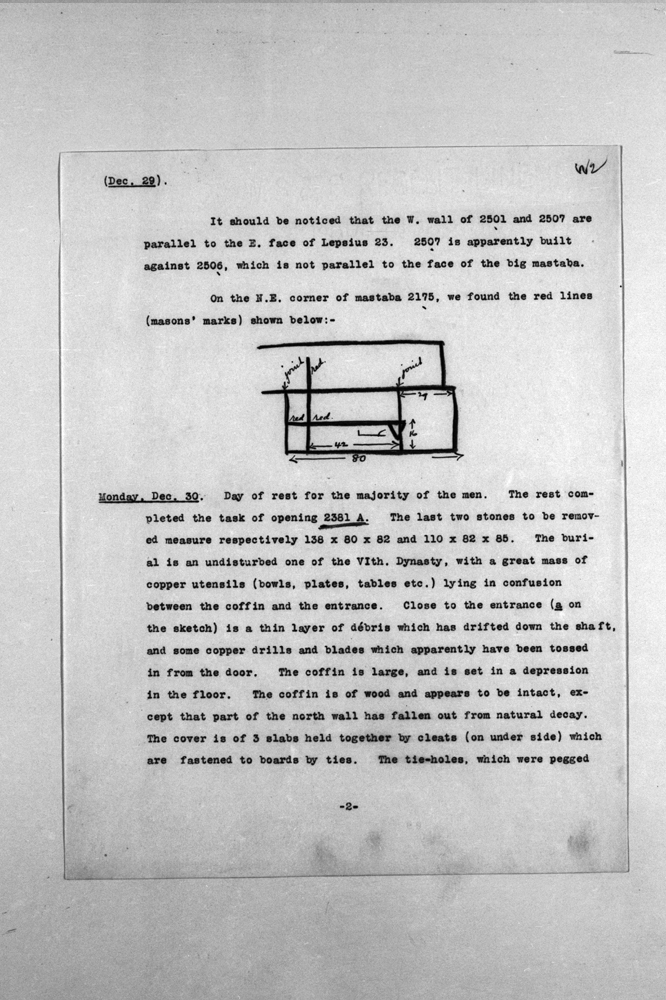 On the northeast corner of mastaba G 2175, we found the red lines (mason's marks) shown below:
[ILLUSTRATION]

Day of rest for the majority of the men.
The rest complete the task of opening G 2381 A. The last two stones to be removed measure respectively 138 by 80 by 82 and 110 by 82 by 85. The burial is an undisturbed one of Dynasty 6, with a great mass of copper utensils (bowls, plates, tables, etc) lying in confusion between the coffin and the entrance. Close to the entrance (a on the sketch) is a thin layer of debris which has drifted down the shaft, and some copper drills and blades which apparently have been tossed in from the door. The coffin is large, and is set in a depression in the floor. The coffin is of wood and appears to be intact, except that part of the north wall has fallen out from natural decay. The cover is of three slabs held together by cleats (on under side) which are fastened to boards by ties. The tie-holes, which were pegged