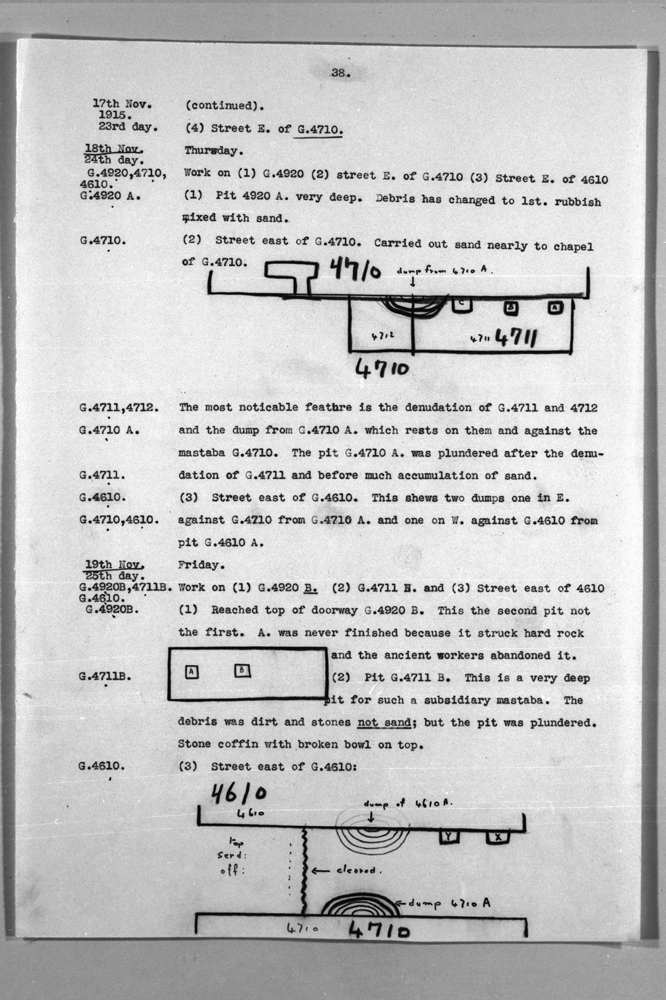 (1) G 4920
Reached top of doorway G 4920 B. This is the second pit not the first. A was never finished because it struck hard rock and the ancient workers abandoned it.

(2) G 4711
Pit G 4711 B. This is a very deep pit for such a subsidiary mastaba. The debris was dirt and stones not sand; but the pit was plundered. Stone coffin with broken bowl on top.