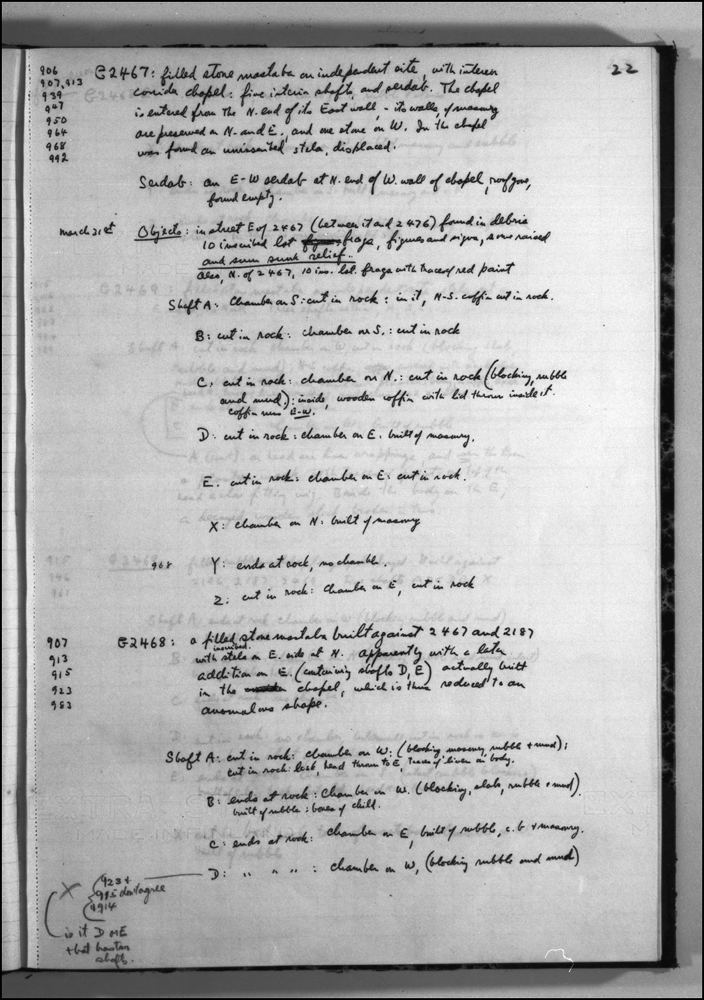 Shaft A [G 2468 A]: Cut in rock. Chamber on west (blocking masonry, rubble and mud), cut in rock. Loosely contracted skeleton, head thrown to east. Traces of linen on body.