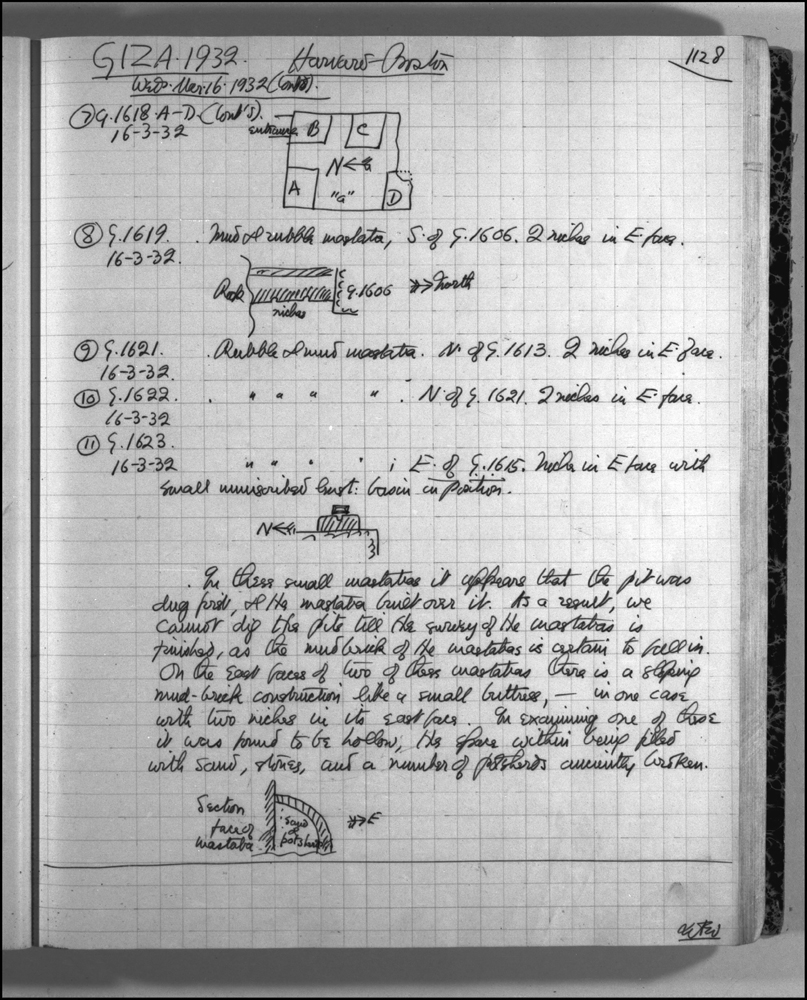 In these small mastabas it appears that the pit was dug first, and the mastaba built over it. As a result, we cannot dig the pits till the survey of the mastabas is finished, as the mud brick of the mastabas is certain to fall in. On the east faces of two of these mastabas there is a sloping mud brick construction like a small buttress, in one case with two niches in its east face. In examining one of these it was found to be hollow, the space within being filled with sand, stones, and a number of potsherds anciently broken.