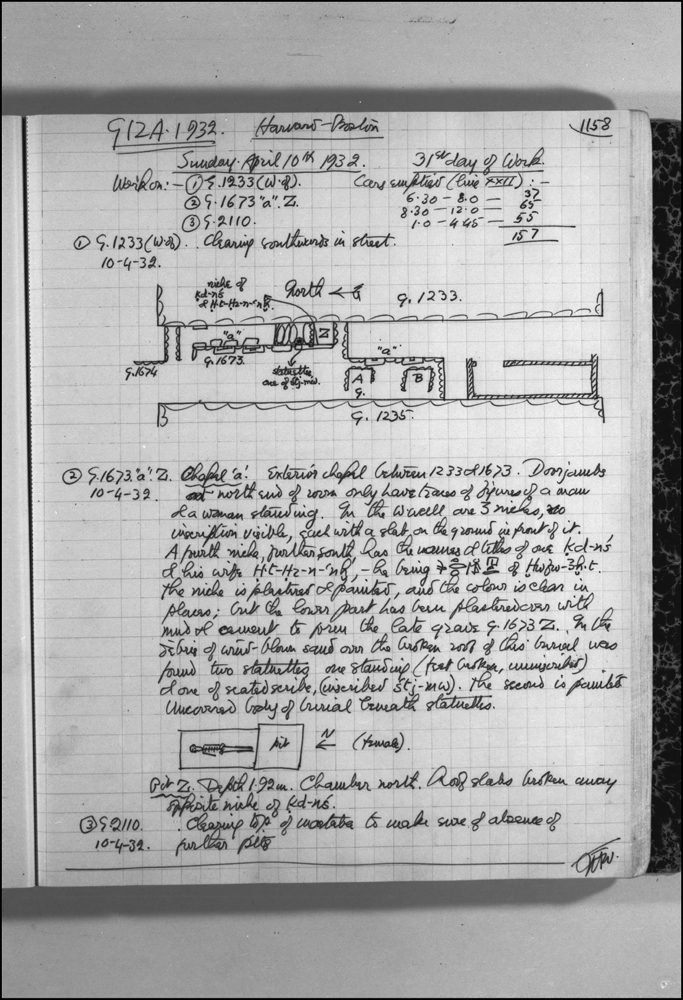 (2) G 1673
Chapel 'a': Exterior chapel between G 1233 and G 1673. Door jambs at north end of room only have traces of figures of a man and a woman standing. In the west wall are three niches, an inscription visible, each with a slab on the ground in front of it. A fourth niche, further south, has the names and titles of one [TRANSLITERATION] and his wife [TRANSLITERATION], - he being [GLYPHS] of [TRANSLITERATION]. The niche is plastered and painted, and the color is clear in places, but the lower part has been plastered over with mud and cement to form the late grave G 1673 Z. In the debris of wind-blown sand over the broken roof of this barrel was found two statuettes, one standing (feet broken, uninscribed), and one of seated scribed, (inscribed [TRANSLITERATION]). The second is painted. Uncovered body of burial beneath statuettes.

(3) G 2110
Clearing top of mastaba to make sure of absence of further pits.