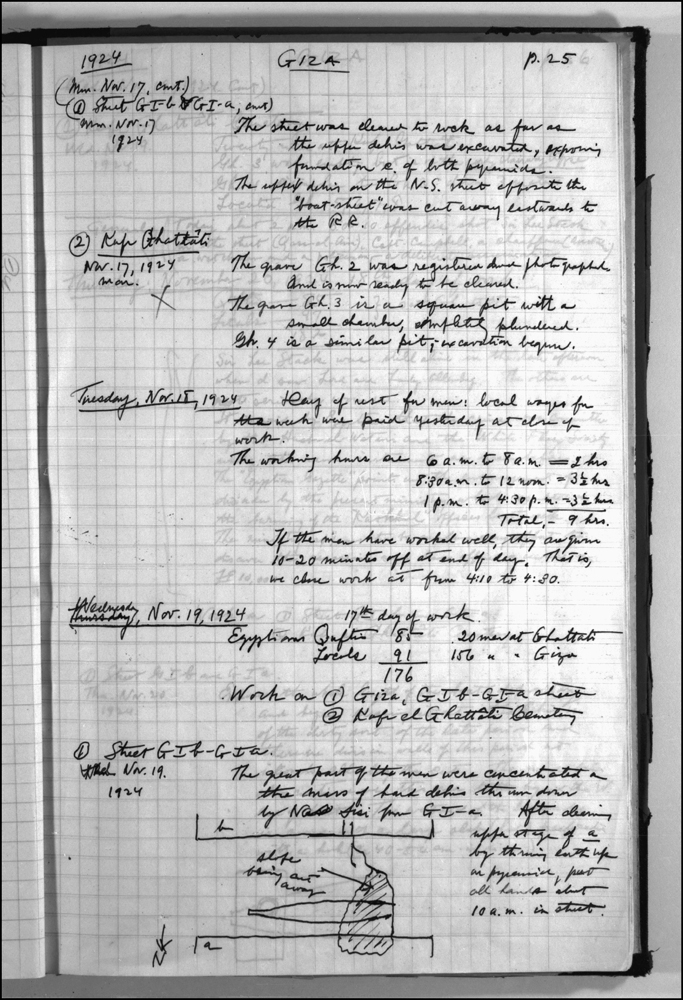 (1) Avenue G 1 (continued)
Street between G I-b and G I-a. The street was cleared to rock as far as the upper debris was excavated exposing foundation course of both pyramids.
The upper debris on the north-south street opposite the "boat-street" was cut away eastwards to the railroad

Local wages for the week were paid yesterday at the close of work.

(1) Avenue G 1
Street G I-b - G I-a. The great part of the men were concentrated on the mass of hard debris thrown down by Nas Sisi from G I-a.

After clearing upper stage of "a" by throwing earth up on pyramid, put all hands about 10 a.m. in street.