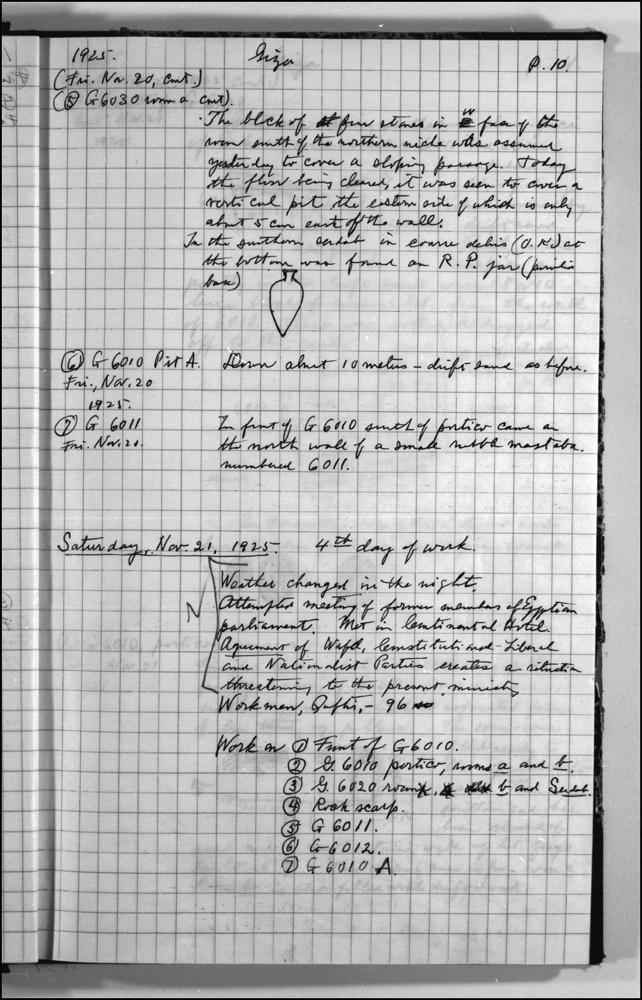 (5) G 6030 (continued)
The block of four stones in west face of the room south of the northern niche was assumed yesterday to cover a sloping passage. Today the floor being cleared, it was seen to cover a vertical pit the eastern side of which is only about 5 cm east of the wall.
In the southern serdab in coarse debris (Old Kingdom) at the bottom was found one R.P. jar (pointed base).

Weather changed in the night. Attempted meeting of former members of Egyptian Parliament. Met in Continental Hotel. Agreement of Wafd, Constitutional-Liberal and Nationalist Parties creates a situation threatening to the present ministry.