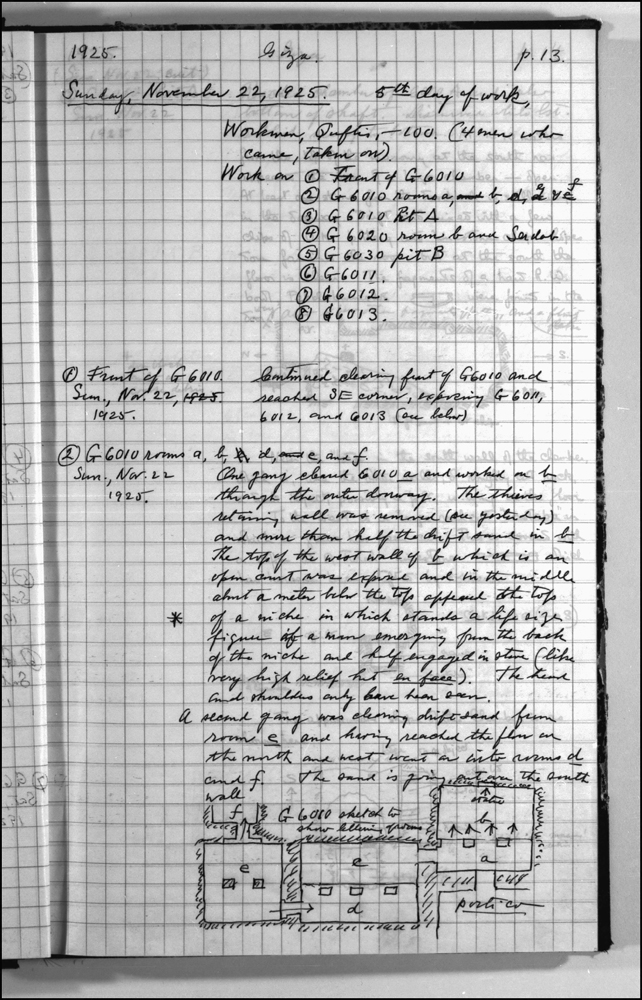 (2) G 6010
G 6010 rooms a, b, d, e and f: One gang cleared G 6010 a and worked on b through the outer doorway. The thieves retaining wall was removed (see yesterday) and more than half the drift sand in b. The top of the west wall of b, which is an open court was exposed and in the middle about a meter below the top appeared the top of a niche in which stands a life-size figure of a man emerging from the back of the niche and half engaged in stone (like very high relief but en face). The head and shoulders only have been seen.
A second gang was clearing drift sand from room e and having reached the floor on the north and west went on into rooms d and f. The sand is going out over the south wall.