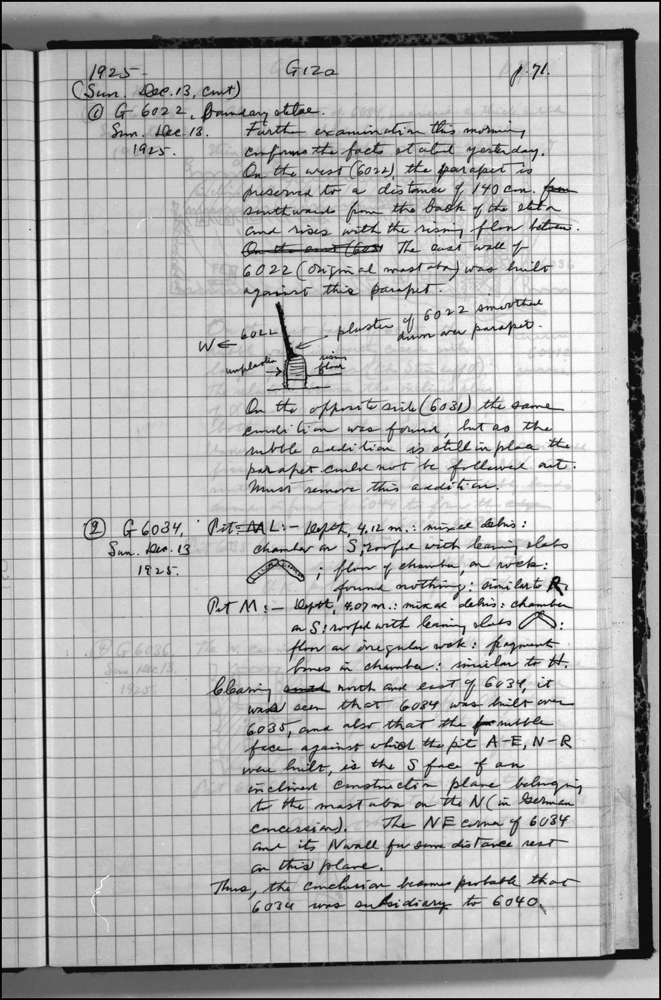 (1) G 6022, boundary stelae
Further examination this morning confirms the facts stated yesterday. On the west (G 6022) the parapet is preserved to a distance of 140 cm southwards from the back of the stela and rises with the rising floor between. The east wall of G 6022 (original mastaba) was built against this parapet.

On the opposite side (G 6031) the same condition was found, but as the rubble addition is still in place the parapet could not be followed out. Must remove this addition.

Clearing north and east of G 6034, it was seen that G 6034 was built over G 6035, and also that the rubble face against which the pit A - E, N - R were built, is the south face of an inclined construction plane belonging to the mastaba on the north (in German concession). The northeast corner of G 6034 and its north wall for some distance rests on this plane.
Thus, the conclusion becomes probable that G 6034 was subsidiary to G 6040.