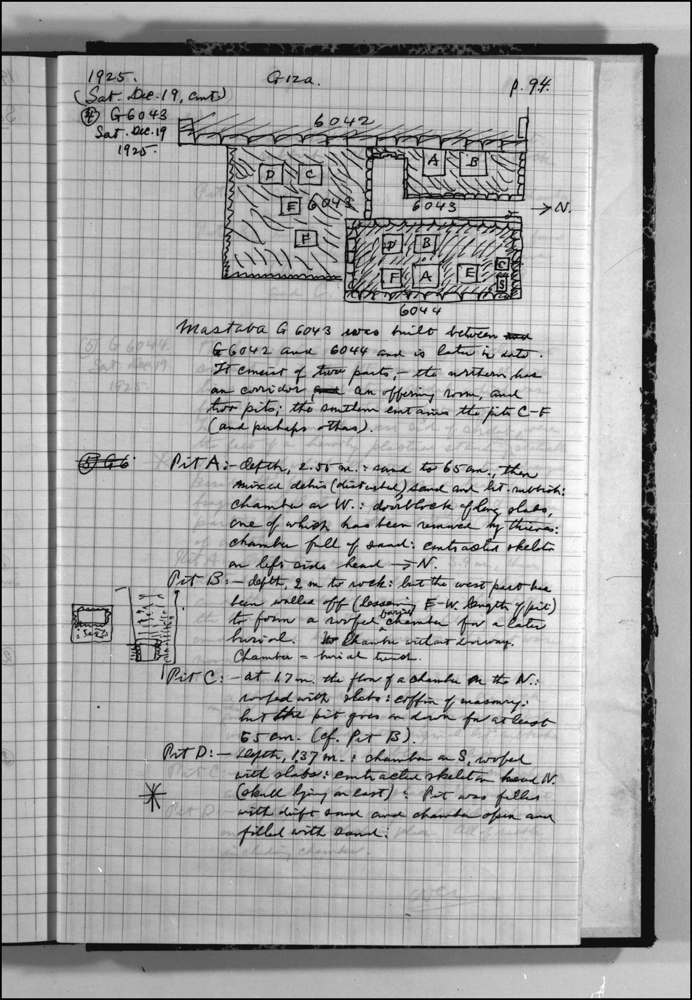 Mastaba G 6043 was built between G 6042 and G 6044 and is later in date. It consists of two parts - the northern has a corridor, an offering room and two pits; the southern contains the pits C - F (and perhaps others)
G 6043 A: Depth 2.55 meters, sand to 65 cm, then mixed debris (disturbed) sand and limestone rubbish. Chamber on west, door block of long slabs one of which has been removed by thieves. Chamber full of sand. Contracted skeleton on left side, head north.
G 6043 B: [ILLUSTRATION]
Depth 2 meters to rock, but the west part has been walled off (lessening east-west length of pit) to form a roofed burial chamber for a later burial. Chamber without door way. Chamber = burial trench.
G 6043 C: At 1.7 meters the floor of a chamber on the north, roofed with slabs. Coffin of masonry. But the pit goes on down for at least 65 cm (cf. Pit B)
G 6043 D: Depth 1.37 meters; Chamber on south, roofed with slabs. Contracted skeleton, head north (skull lying on east). Pit was filled with drift sand and chamber open and filled with sand.