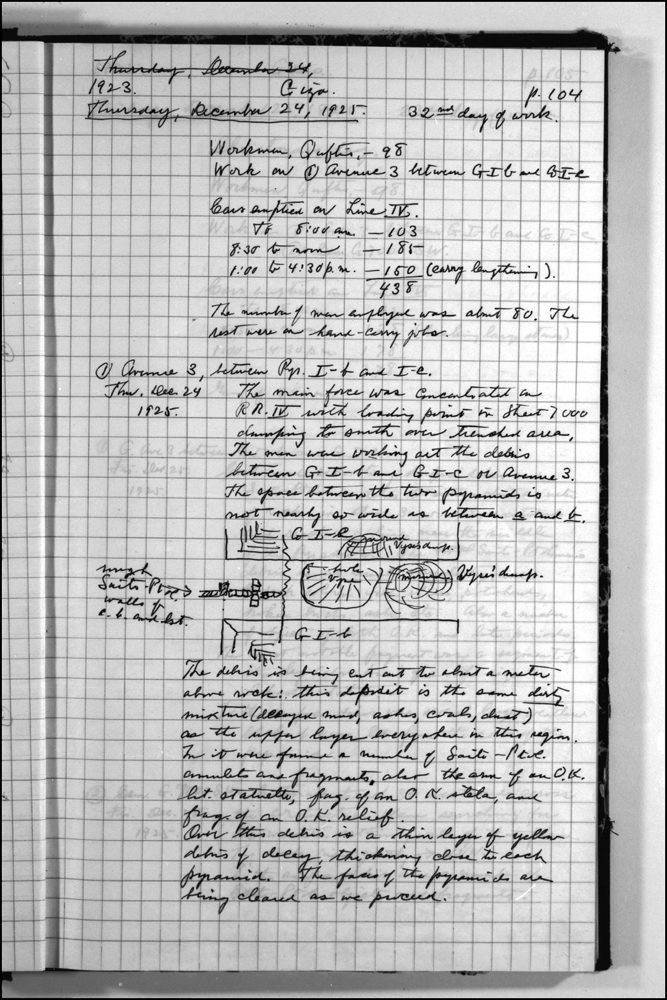 (1) Avenue G 3
Between Pyramid G I-b and G I-c. The main force was concentrated on railroad IV with loading point in Street G 7000 dumping to south over trenched area, the men were working out the debris between G I-b and G I-c on Avenue G 3. The space between the two pyramids is not nearly so wide as between a and b.