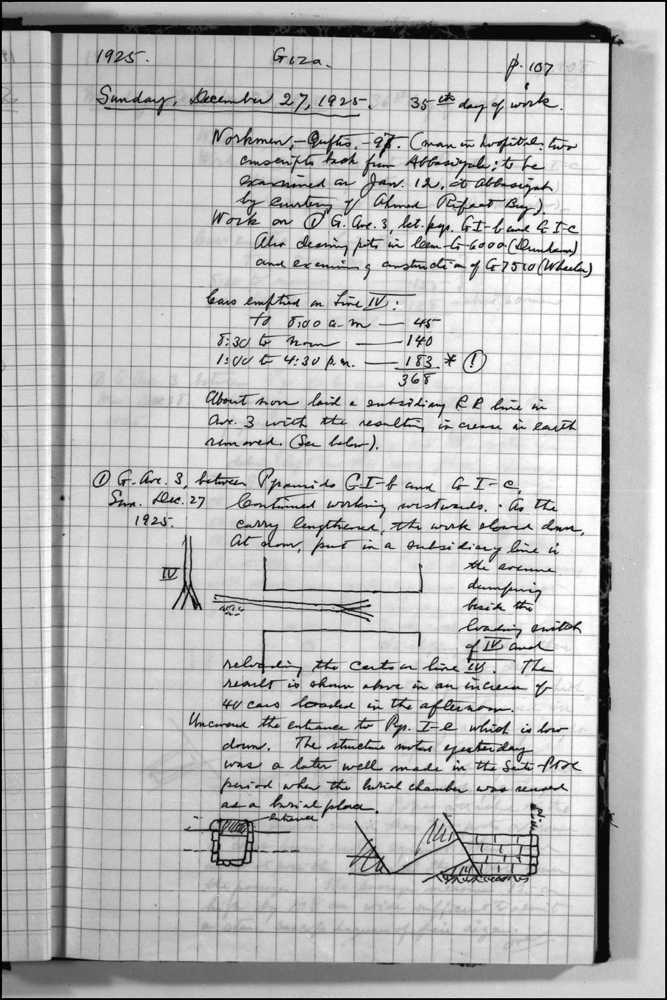 Workmen:
Quftis: 97
(man in hospital: two conscripts back from Abbasiyah to be examined on January 12, at Abbasiyah by courtesy of Ahmed Rifat Bey).

About noon laid a subsidiary railroad line in Avenue G 3 with the resulting increase in earth removed. (See below)

(1) Avenue G 3
Between Pyramids G I-b and G I-c. Continued working westwards. As the carry lengthened, the work slowed down. At noon, put in a subsidiary line in the avenue dumping beside the loading switch of IV and reloading the carts on line IV. The result is shown above in an increase of forty cars loaded in the afternoon.
Uncovered the entrance to Pyramid G I-c which is low down. The structure noted yesterday was a later well made in the Saite-Ptolemaic period when the burial chamber was reused as a burial place.