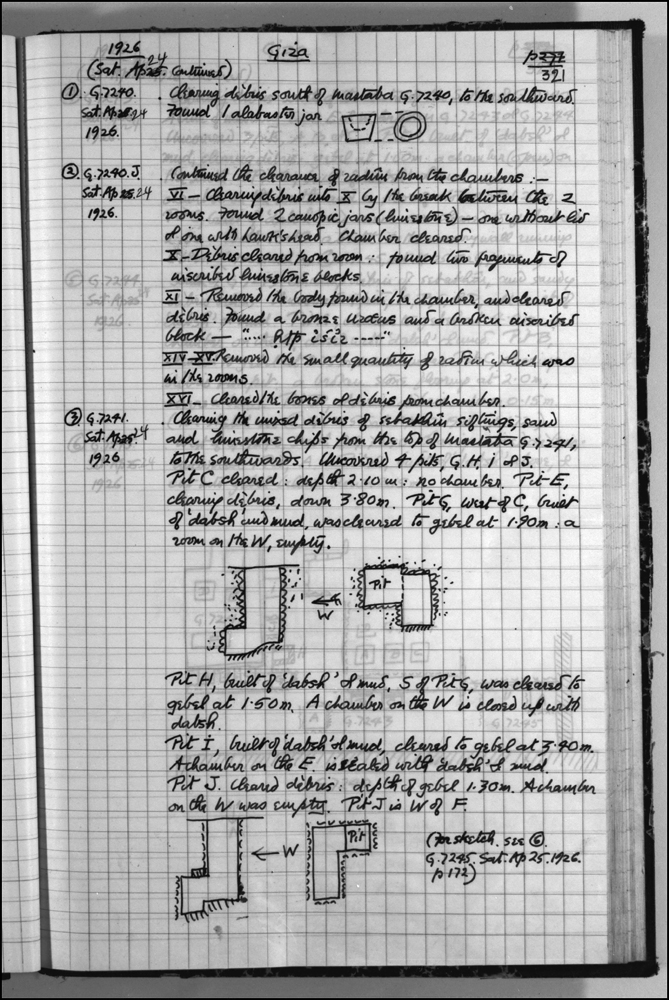 (2) G 7240
G 7240 J: Continued the clearance of radeem from the chambers.
VI: Cclearing debris into X by the break between the two rooms. Found two canopic jars (limestone) - one without lid and one with hawk's head [26-4-178]. Chamber cleared.
X: Debris cleared from room, found two fragments of inscribed limestone blocks.
XI: Removed the body found in the chamber, and cleared debris. Found a bronze uraeus [26-4-179] and a broken inscribed block [26-4-182]. [TRANSLITERATION]
XIV-XV: Removed the small quantity of radeem which was in the rooms.
XVI: Cleared the bones of debris from chamber.