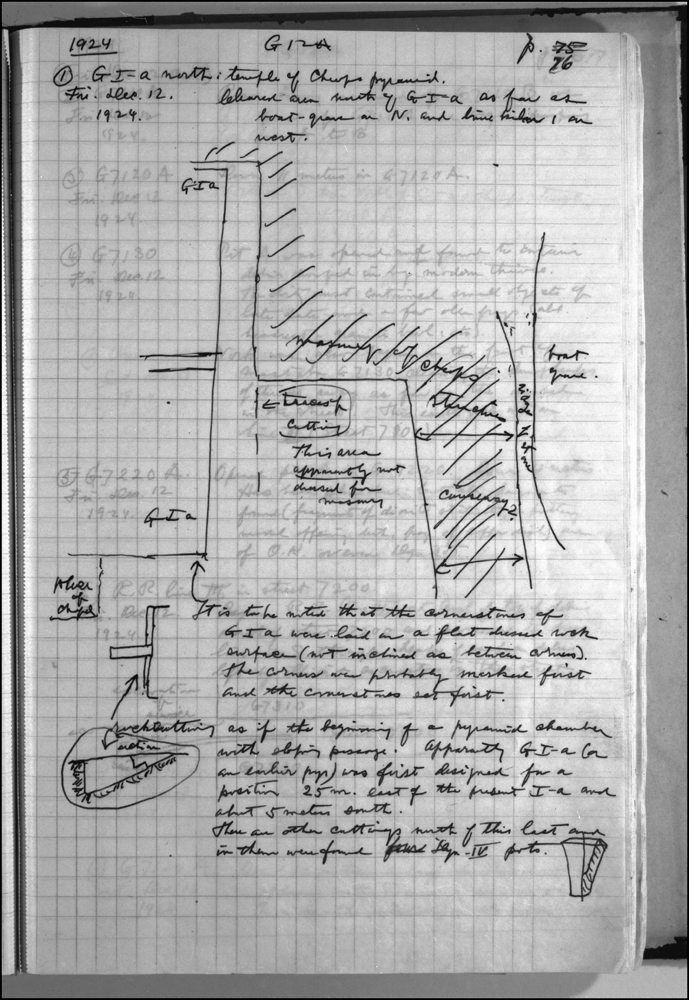 It is to be noted that the cornerstones of G I-a were laid on a flat dressed rock surface (not inclined as between corners). The corners were probably marked first and the cornerstone set first.
[ILLUSTRATION]
Rock cutting as if the beginning of a pyramid chamber with sloping passage. Apparently G I-a (or an earlier pyramid) was first designed for a position 25 meters east of the present G-Ia and about 5 meters south.
There are other cuttings north of this last and in them were found four Dynasty 4 pots [ILLUSTRATION].