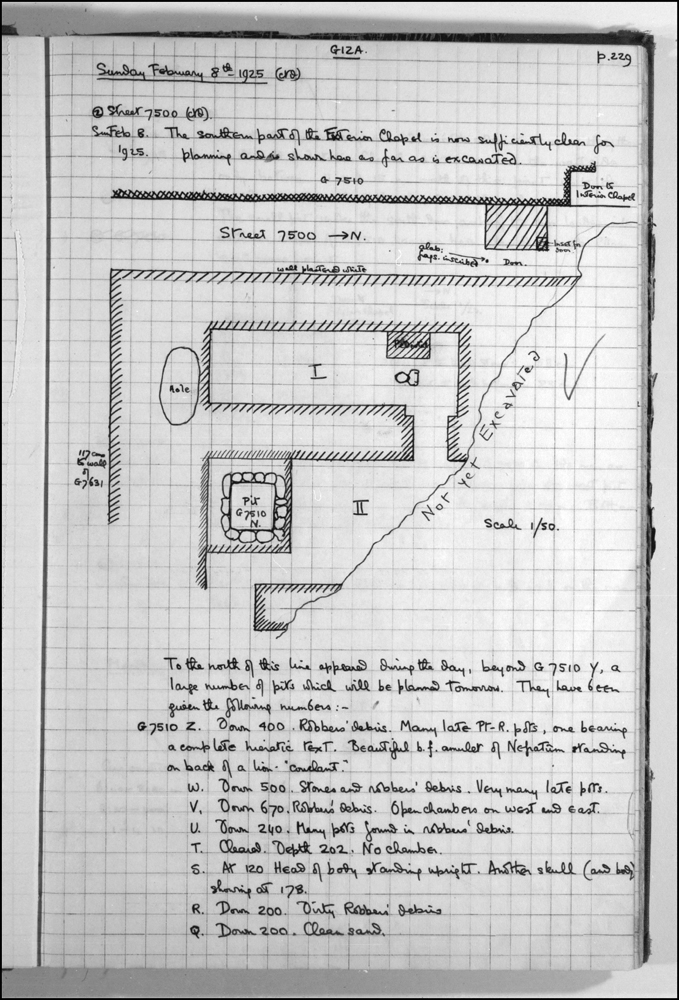 (2) Street G 7500 and G 7510 (continued)
The southern part of the exterior chapel is now sufficiently clear for planning and is shown here as far as is excavated.

To the north of this line [marked "Not yet excavated"] appeared during the day, beyond G 7510 Y, a large number of pits which will be planned tomorrow. They have been given the following numbers: