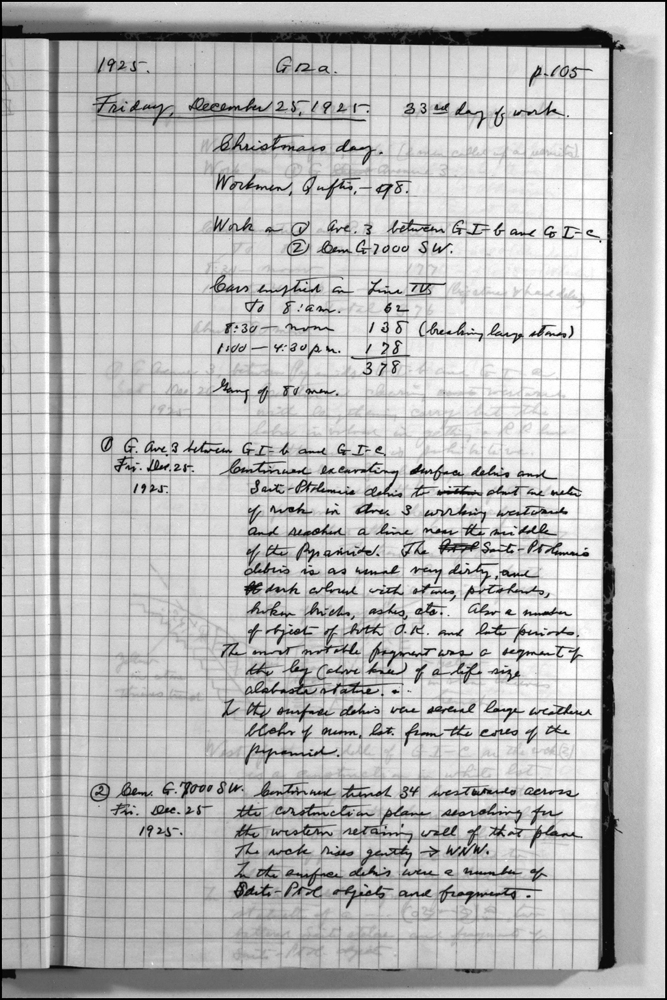 (1) Avenue G 3
Between G I-b and G I-c. Continued excavating surface debris and Saite-Ptolemaic debris to about one meter of rock in Avenue G 3 working westwards and reached a line near the middle of the Pyramids. The Saite-Ptolemaic debris is as usual very dirty, and dark colored with stones, potsherds, broken bricks, ashes, etc. Also a number of objects of both Old Kingdom and late periods.
The most notable fragment was a segment of the leg (above knees) of a life-size alabaster statue.
In the surface debris were several large weathered blocks of nummulitic limestone from the cores of the pyramid.

(2) G 7000 SW (southwest)
Continued trench 34 westwards across the construction plane searching for the western retaining wall of that plane. The rock rises gently toward west-northwest. In the surface debris were a number of Saite-Ptolemaic objects and fragments.