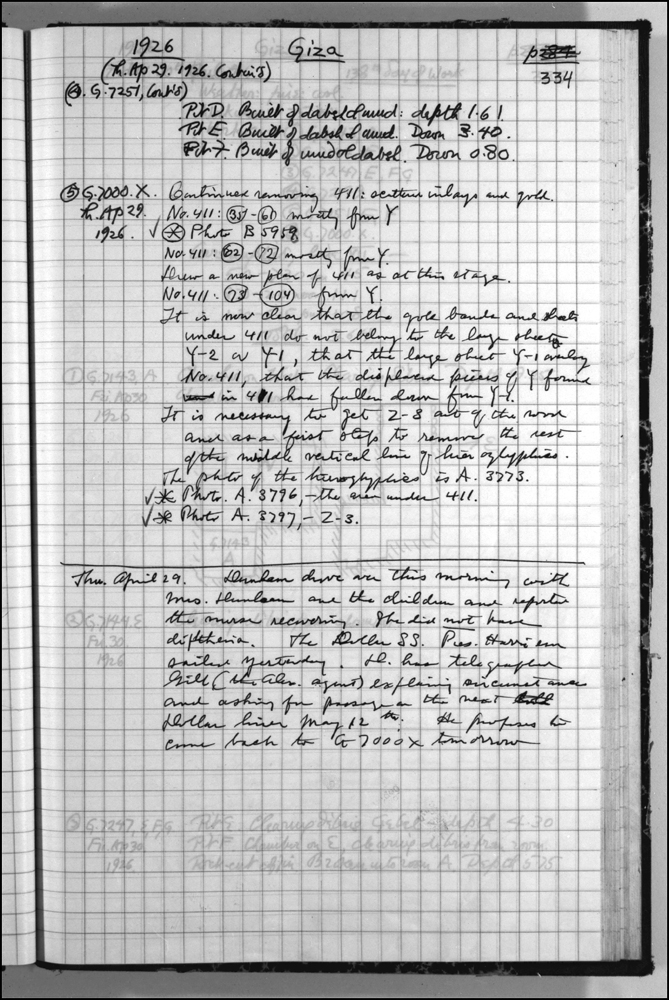 Thursday, April 29, 1926
Dunham drove over this morning with Mrs. Dunham and the children and reported the nurse recovering. She did not have diphtheria. The Dollar S.S. Pres. Harrison sailed yesterday. D. has telegraphed Gill (the Alexandria agent) explaining circumstances and asking for passage on the next Dollar liner May 12th. He proposes to come back to G 7000 X tomorrow.