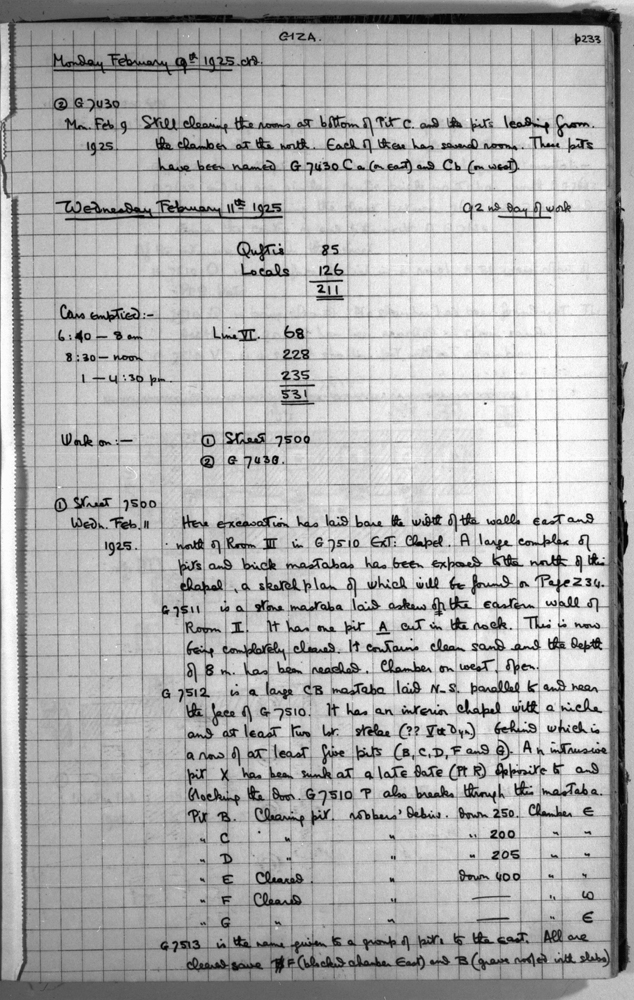 (1) Street G 7500
Here excavation has laid bare the width of the wall east and north of room III in G 7510 exterior chapel. A large complex of pits and brick mastabas has been exposed to the north of this chapel, a sketch plan of which will be found on page 234.

G 7511 is a stone mastaba laid askew on the eastern wall of room II. It has one pit A cut in the rock. This is now being completely cleared. It contains clear sand and the depth of 8 meters has been reached. Chamber on west open.

G 7513 is the name given to a group of pits to the east. All are cleared save F (blocked chamber east) and B (grave roofed with slabs).