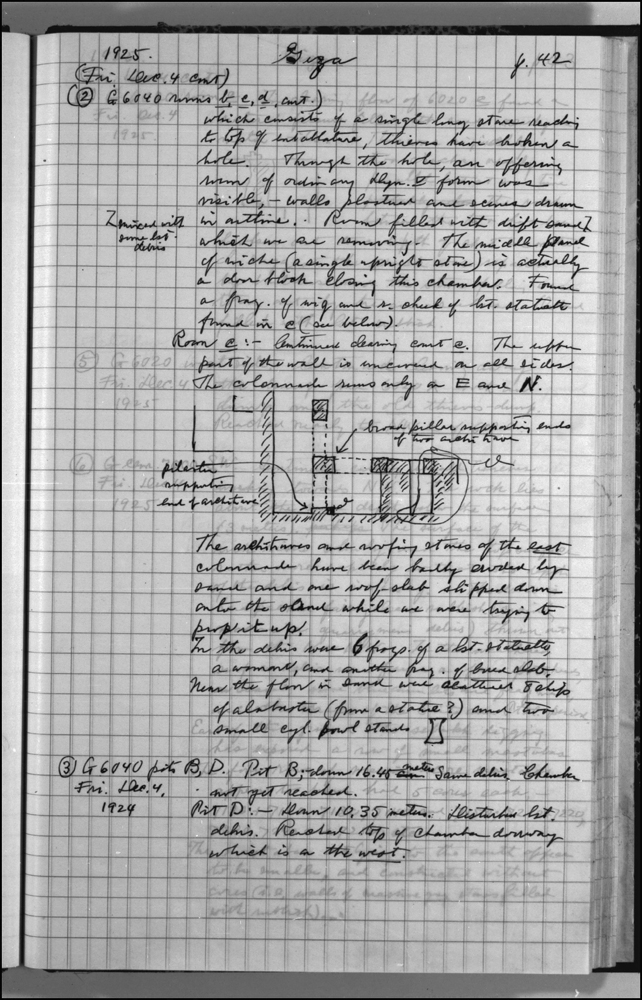 (2) G 6040 (continued)
which consists of a single long stone reaching to top of entablature, thieves have broken a hole. Through the hole, an offering room of ordinary Dynasty 5 form was visible; wall plastered and scenes drawn in outline. Room filled with drift sand mixed with some limestone debris which we are removing. The middle panel of niche (a single upright stone) is actually a door block closing this chamber. Found a fragment of wig and right cheek of limestone statuette found in c (see below).
Room c: Continued clearing court c. The upper part of the wall is uncovered on all sides. The colonnade runs only on east and north.

The architraves and roofing stones of the east colonnade have been badly eroded by sand and one roof slab slipped down onto the sand while we were trying to prop it up.
In the debris were six fragments of a limestone statuette, a woman, and another fragment of bored slab.
Near the floor in sand were scattered eight chips of alabaster (from a statue?) and two small cylinder bowl stands. [ILLUSTRATION]