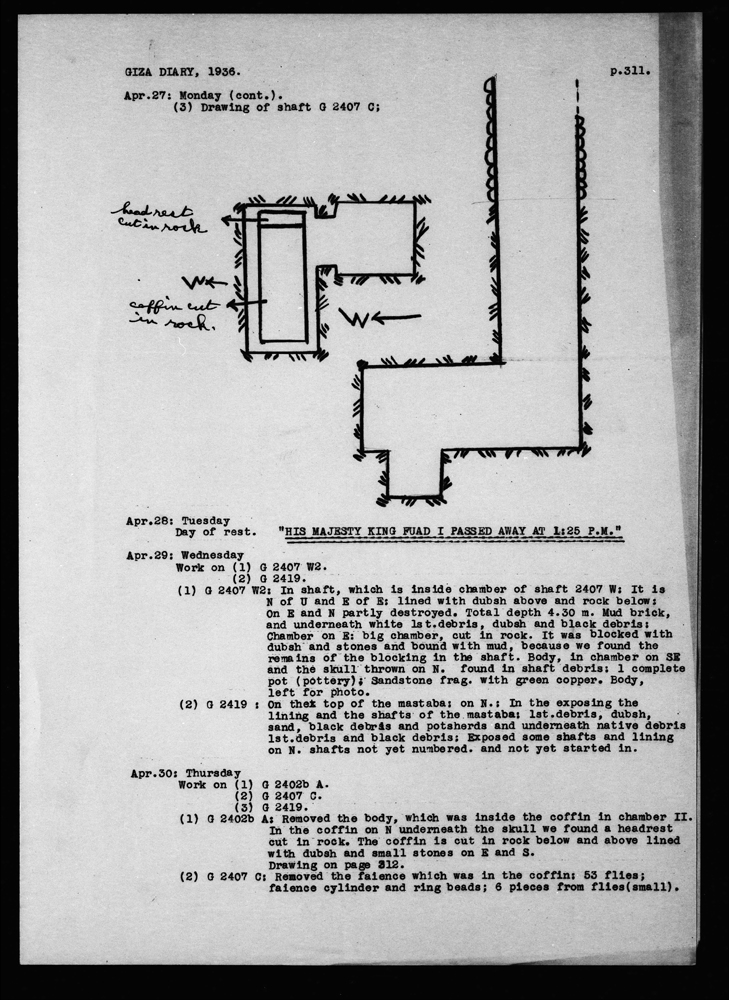 (1) G 2407
G 2407 W2: In shaft, which is inside chamber of shaft G 2407 W. It is north of U and east of E. Lined with dubsh above and rock below. On east and north partly destroyed. Total depth 4.3 meters. Mud brick and underneath white limestone debris, dubsh and black debris. Chamber on east. Big chamber, cut in rock. It was blocked with dubsh and stones and bound with mud, because we found the remains of the blocking in the shaft. Body, in chamber on southeast and the skull thrown on north. Found in shaft debris: one complete pot (pottery), sandstone fragment with green copper. Body left for photo.

(1) G 2402b
G 2402b A: Removed the body, which was inside the coffin in chamber II. In the coffin on north underneath the skull we found a headrest cut in rock. The coffin is cut in rock below and above lined with dubsh and small stones on east and south. Drawing on page 312.

(2) G 2407
G 2407 C: Removed the faience which was in the coffin. Fifty-three flies, faience cylinder and ring beads, six pieces from flies (small).