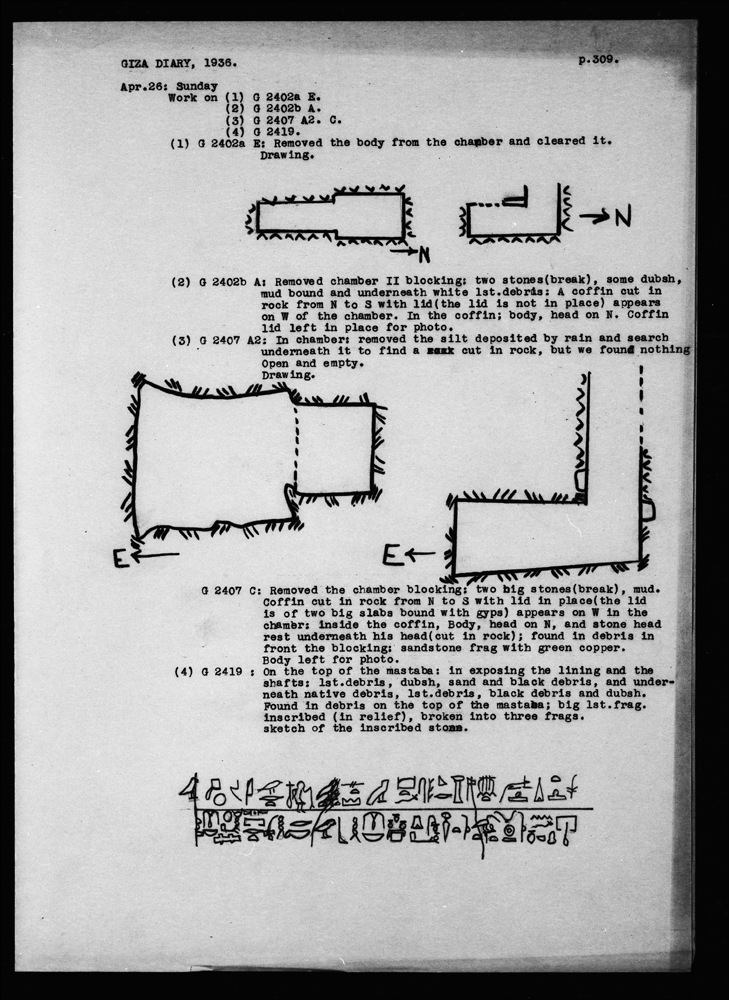 (2) G 2402b
G 2402b A: Removed chamber II blocking. Two stones (break), some dubsh, mud bound and underneath white limestone debris. A coffin cut in rock from north to south with lid (the lid is not in place) appears on west of the chamber. In the coffin, body, head on north. Coffin lid left in place for photo.

G 2407 C: Removed the chamber blocking, two big stones (break), mud. Coffin cut in rock from north to south with lid in place (the lid is of two big slabs bound with gypsum), appears on west in the chamber. Inside the coffin, body, head of north, and stone headrest underneath his head (cut in rock). Found in debris in front the blocking: sandstone fragment with green copper. Body left for photo.

(4) G 2419
On the top of the mastaba. In exposing the lining and the shafts. Limestone debris, dubsh, sand and black debris, and underneath native debris, limestone debris and dubsh. Found in debris on the top of the mastaba: big limestone fragment, inscribed (in relief), broken into three fragments [36-4-73].
Sketch of the inscribed stone.
[GLYPHS]