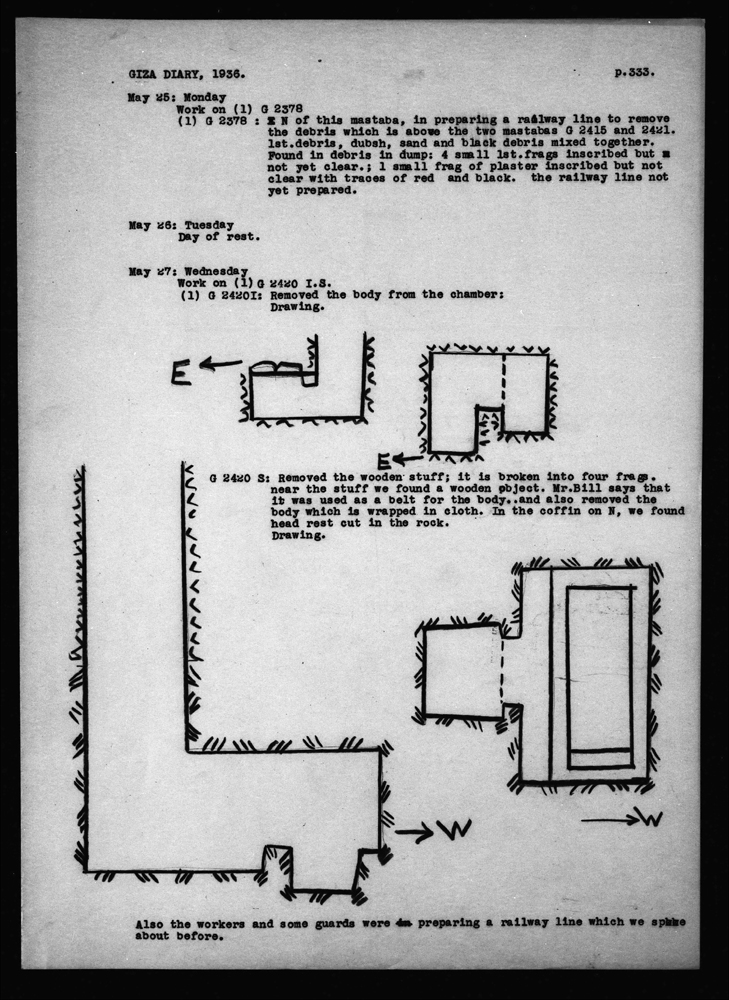 (1) North of G 2378
North of this mastaba, in preparing a railway line to remove the debris which is above the two mastabas G 2415 and G 2421, limestone debris, dubsh, sand and black debris mixed together. Found in debris in dump: four small limestone fragments inscribed but not yet clear, one small fragment of plaster inscribed but not clear with traces of red and black.

The railway line not yet prepared.

Also the workers and some guards were preparing a railway line which we spoke about before.