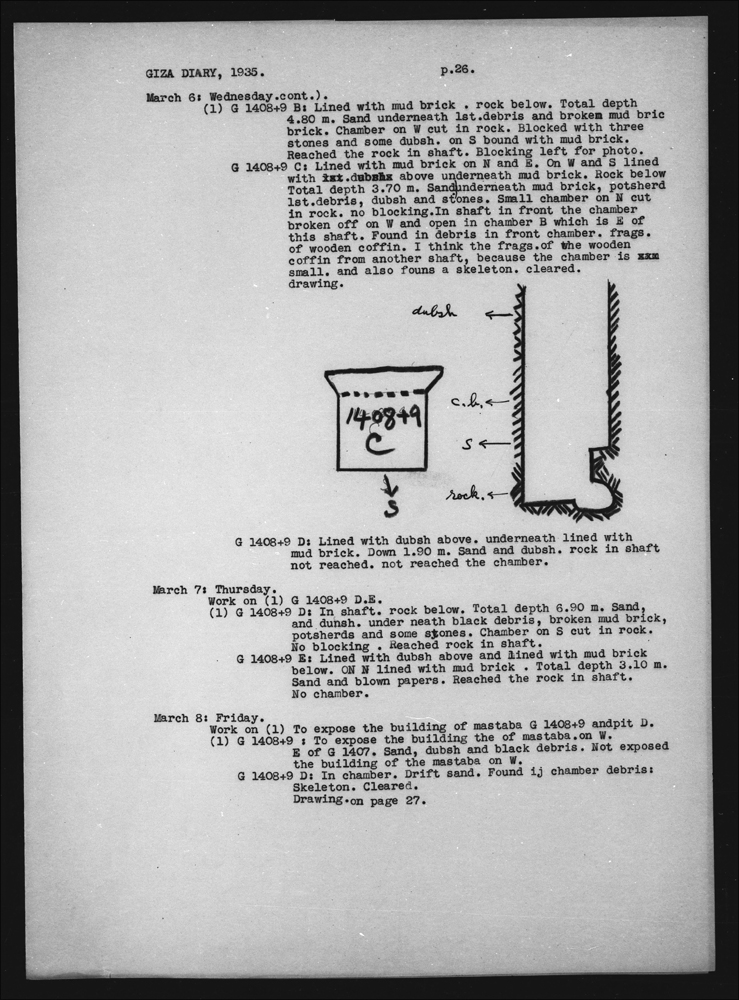 G 1408+9 C: Lined with mud brick on north and east. On west and south lined with dubsh above underneath mud brick. Rock below. Total depth 3.7 meters. Sand underneath mud brick, potsherd, limestone debris, dubsh and stones. Small chamber on north cut in rock. No blocking. In shaft in front the chamber broken off on west and open in chamber B which is east of this shaft. Found in debris in front of chamber fragments of wooden coffin. I think the fragments of the wooden coffin from another shaft, because the chamber is small and also found a skeleton. Cleared. Drawing.

G 1408+9 D: Lined with dubsh above. Underneath lined with mud brick. Down 1.9 meters. Sand and dubsh. Rock in shaft not reached. Not reached the chamber.