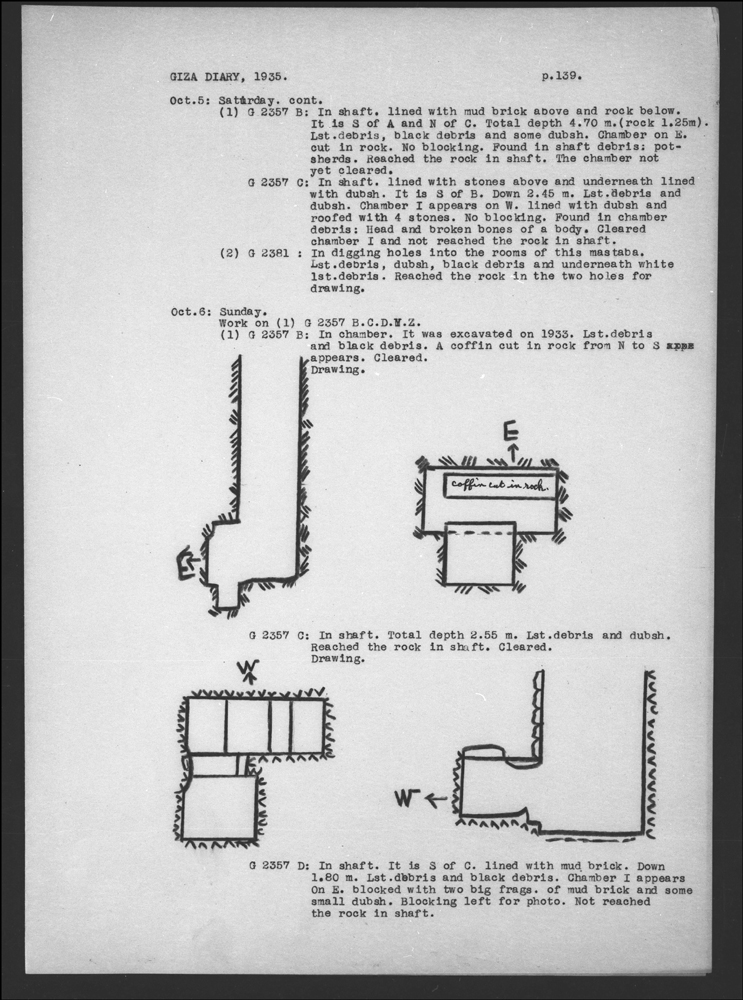 G 2357 C [= G 5555 C]: In shaft. Lined with stones above and underneath lined with dubsh. It is south of B. Down 2.45 meters. Limestone debris and dubsh. Chamber I appears on west. Lined with dubsh and roofed with four stones. No blocking. Found in chamber debris: head and broken bones of a body. Cleared chamber I and not reached the rock in shaft.

(2) G 2381
In digging holes into the rooms of this mastaba. Limestone debris, dubsh, black debris and underneath white limestone debris. Reached the rock in the two holes for drawing.

G 2357 D [= G 5555 D]: In shaft. It is south of C. Lined with mud brick. Down 1.8 meters. Limestone debris and black debris. Chamber I appears. On east blocked with two big fragments of mud brick and some small dubsh. Blocking left for photo. Not reached the rock in shaft.