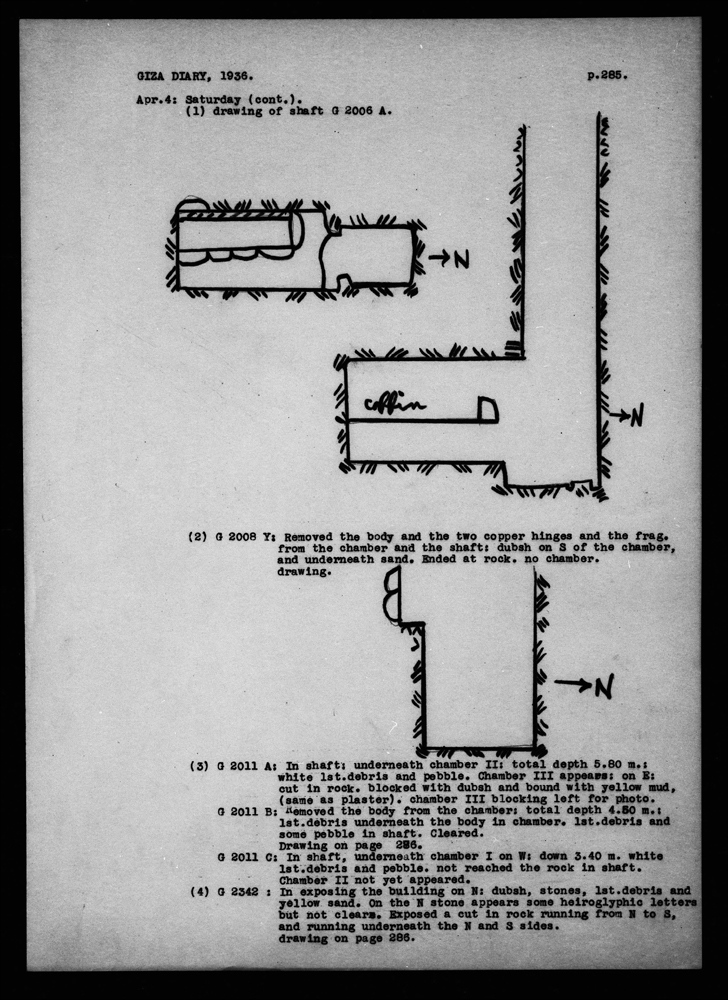 (2) G 2008
G 2008 Y: Removed the body and the two copper hinges and the fragment from the chamber and the shaft. Dubsh on south of the chamber, and underneath sand. Ended at rock. No chamber. Drawing.

G 2011 C: In shaft, underneath chamber I on west. Down 3.4 meters. White limestone debris and pebble. Not reached the rock in shaft. Chamber II not yet appeared.

(4) G 2342 [= G 5520]
In exposing the building on north. Dubsh, stones, limestone debris and yellow sand. On the north stone appears some hieroglyphic letters, but not clear. Exposed a cut in rock running from north to south, and running underneath the north and south sides. Drawing on page 286.