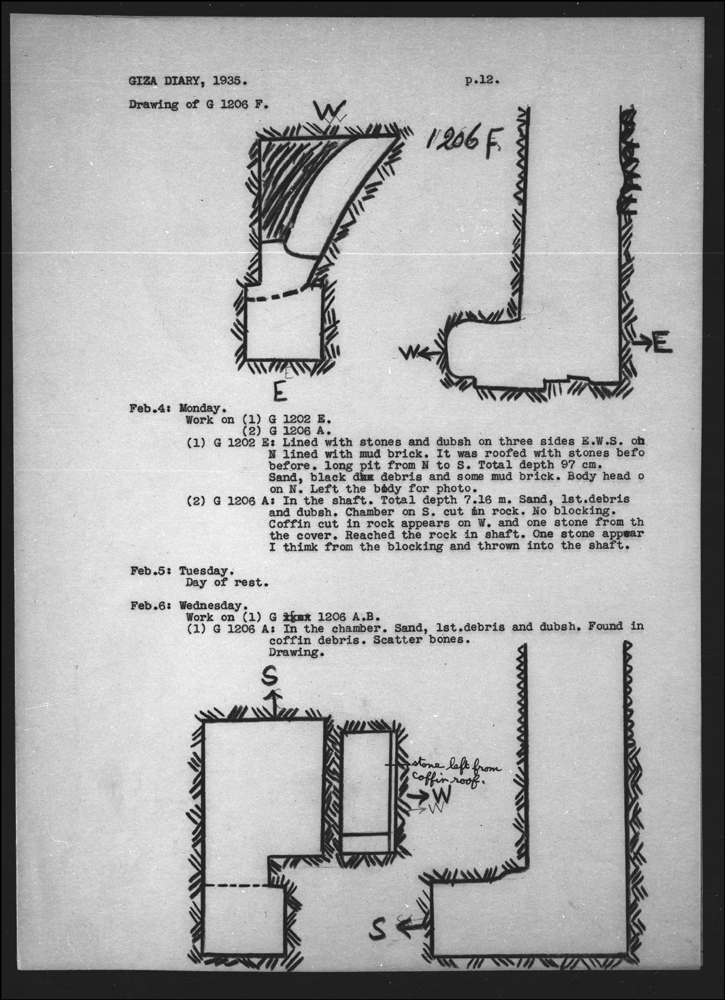 (2) G 1206
G 1206 A: In the shaft. Total depth 7.16 meters. Sand, limestone debris and dubsh. Chamber on south cut in rock. No blocking. Coffin cut in rock appears of west and one stone from the cover. Reached the rock in shaft. One stone appears, I think from the blocking and thrown into the shaft.