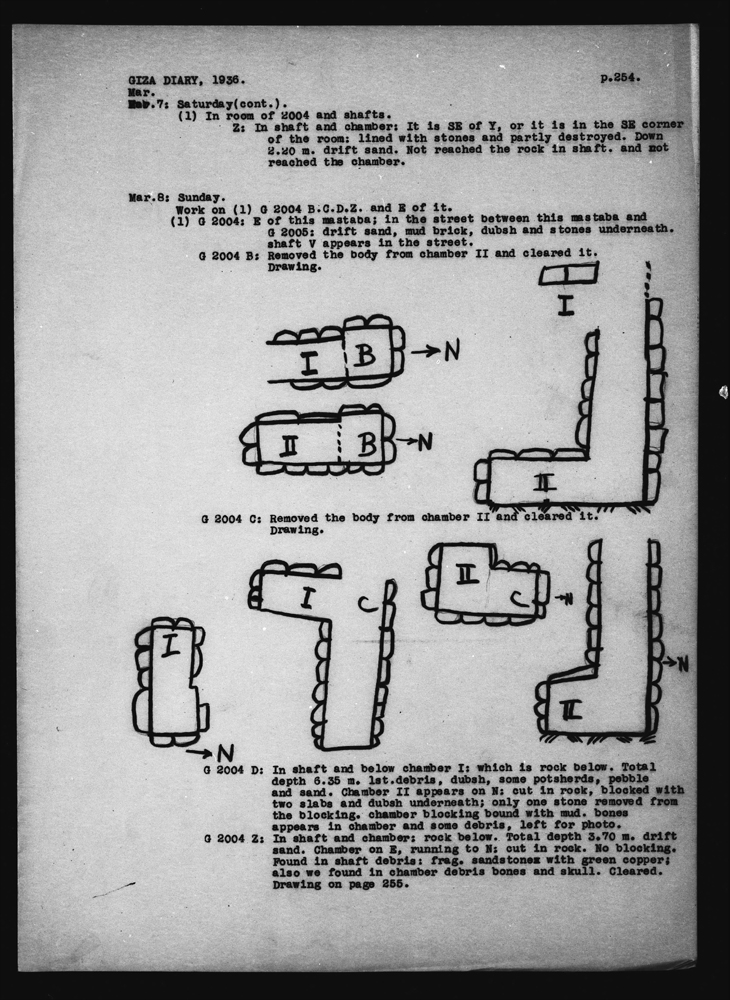 (1) G 2004 (continued)
[G 2004] Z: In shaft and chamber. It is southeast of Y, or it is in the southeast corner of the room. Lined with stones and partly destroyed. Down 2.2 meters. Drift sand. Not reached the rock in shaft, and not reached the chamber.

G 2004 B: Removed the body from chamber II and cleared it. Drawing.

G 2004 C: Removed the body from chamber II and cleared it. Drawing.

G 2004 D: In shaft and below chamber I, which is rock below. Total depth 6.35 meters. Limestone debris, dubsh, some potsherds, pebble and sand. Chamber II appears on north, cut in rock, blocked with two slabs and dubsh underneath, only one stone removed from the blocking. Chamber blocking bound with mud. Bones appear in chamber and some debris. Left for photo.