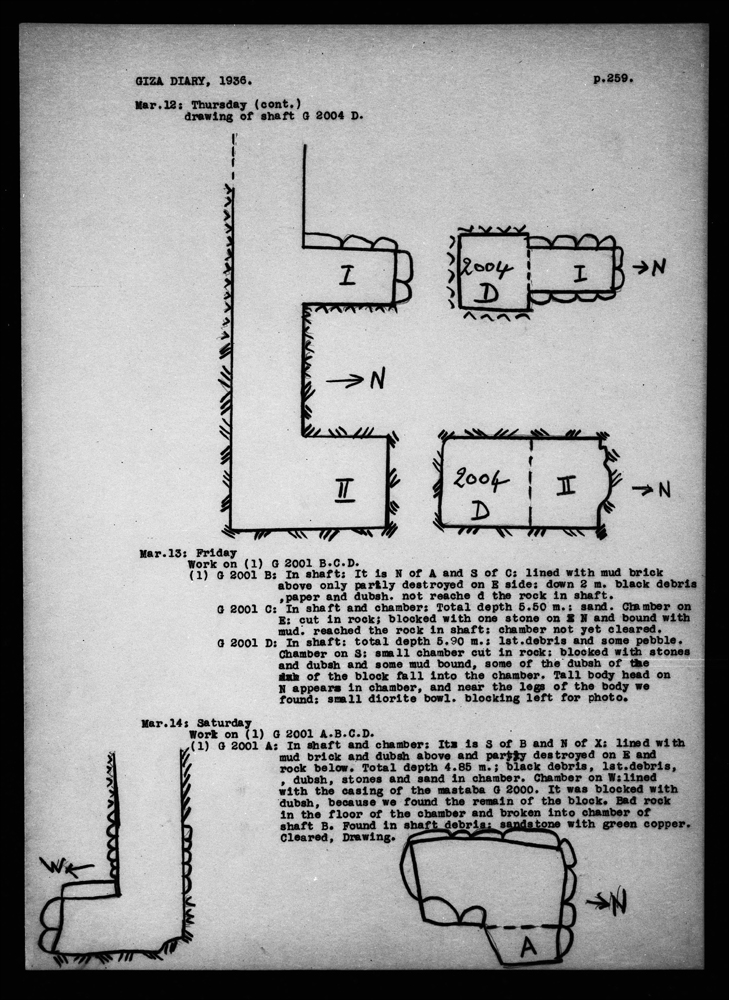 G 2001 C: In shaft and chamber. Total depth 5.5 meters. Sand. Chamber on east, cut in rock. Blocked with one stone on north and bound with mud. Reached the rock in shaft. Chamber not yet cleared.

G 2001 D: In shaft. Total depth 5.9 meters. Limestone debris and some pebble. Chamber on south. Small chamber cut in rock, blocked with stones and dubsh and some mud bound. Some of the dubsh of the block fall[en] into the chamber. Tall body, head on north, appears in chamber, and near legs of the body we found small diorite bowl. Blocking left for photo.

(1) G 2001
G 2001 A: In shaft and chamber. It is south of B and north of X. Lined with mud brick and dubsh above and partly destroyed on east and rock below. Total depth 4.85 meters. Black debris, limestone debris, dubsh, stones and sand in chamber. Chamber on west. Lined with the casing of the mastaba G 2000. It was blocked with dubsh, because we found the remain[s] of the block. Bad rock in the floor of the chamber and broken into chamber of shaft B. Found in shaft debris: sandstone with green copper. Cleared. Drawing.