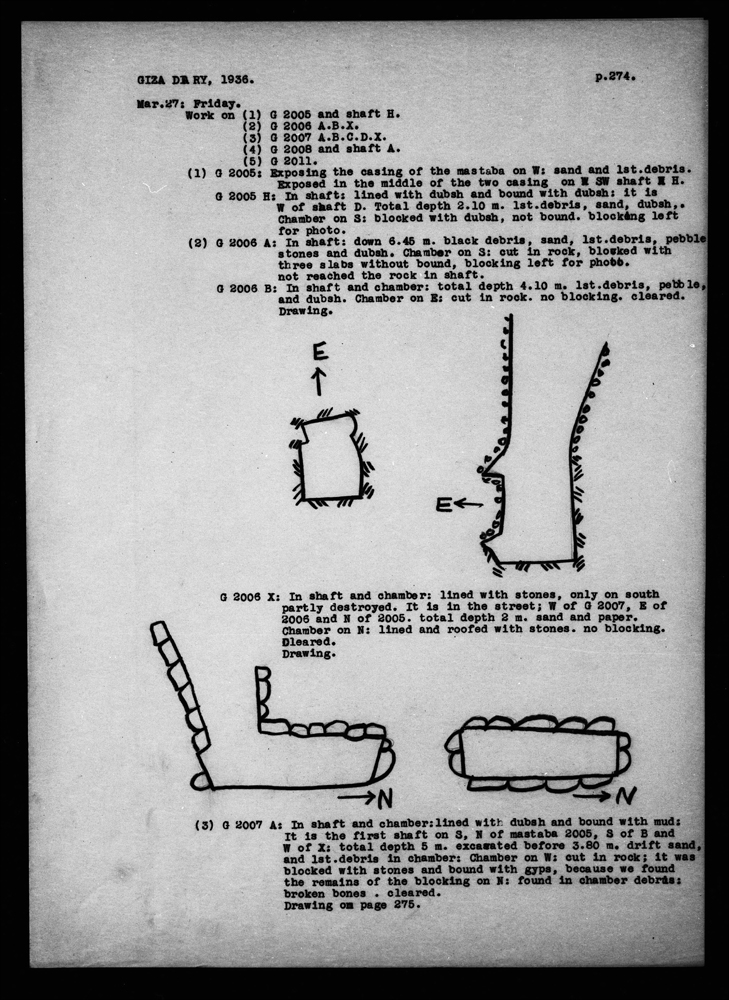 (1) G 2005
Exposing the casing of the mastaba on west, sand and limestone debris. Exposed in the middle of the two casing on southwest shaft H.

G 2005 H: In shaft. Lined with dubsh and bound with dubsh. It is west of shaft D. Total depth 2.1 meters. Limestone debris, sand, dubsh. Chamber on south. Blocked with dubsh, not bound. Blocking left for photo.

(2) G 2006
G 2006 A: In shaft. Down 6.45 meters. Black debris, sand, limestone debris, pebble stones and dubsh. Chamber on south, cut in rock, blocked with three slabs without bound, blocking left for photo. Not reached the rock in shaft.

(3) G 2007
G 2007 A: In shaft and chamber. Lined with dubsh and bound with mud. It is the first shaft on south, north of mastaba G 2005, south of B and west of X. Total depth 5 meters. Excavated before 3.8 meters. Drift sand, and limestone debris in chamber. Chamber on west, cut in rock. It was blocked with stones and bound with gypsum, because we found the remains of the blocking on north. Found in chamber debris: broken bones. Cleared. Drawing on page 275.