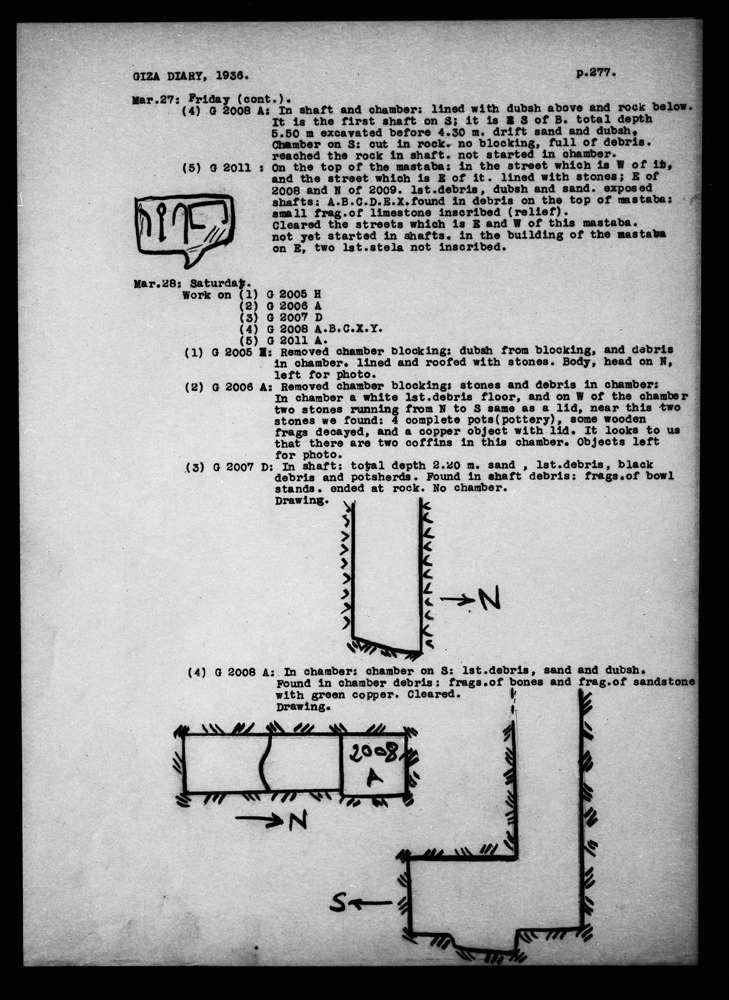 (4) G 2008 (continued)
G 2008 A: In shaft and chamber. Lined with dubsh above and rock below. It is the first shaft on south. It is south of B. Total depth 5.5 meters. Excavated before 4.3 meters. Drift sand and dubsh. Chamber on south, cut in rock. No blocking. Full of debris. Reached the rock in shaft. Not started in chamber.

Cleared the streets which is[are] east and west of this mastaba. Not yet started in shafts. In the building of the mastaba on east, two limestone stelae, not inscribed.

(4) G 2008
G 2008 A: In chamber. Chamber on south. Limestone debris, sand and dubsh. Found in chamber debris: fragments of bones and fragments of sandstone with green copper. Cleared. Drawing.