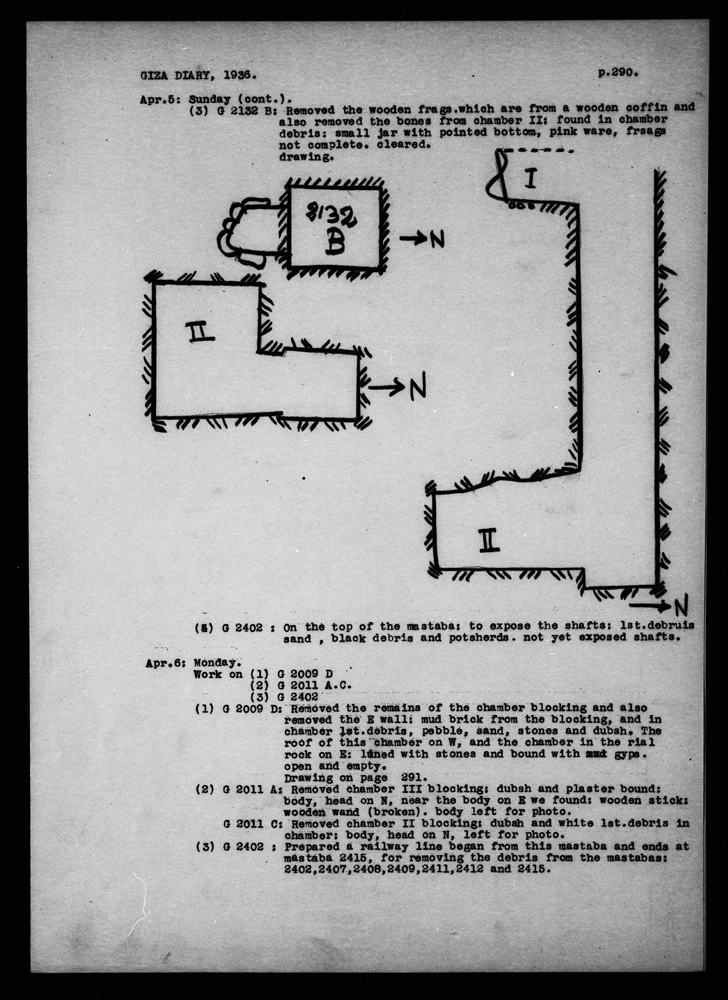 (4) G 2402
On the top of the mastaba, to expose the shafts. Limestone debris, sand, black debris and potsherds. Not yet exposed shafts.

(1) G 2009
G 2009 D: Removed the remains of the chamber blocking and also removed the east wall, mud brick from the blocking, and in the chamber limestone debris, pebble, sand, stones and dubsh. The roof of this chamber on west, and the chamber in the real rock on east, lined with stones and bound with gypsum. Open and empty. Drawing on page 291.