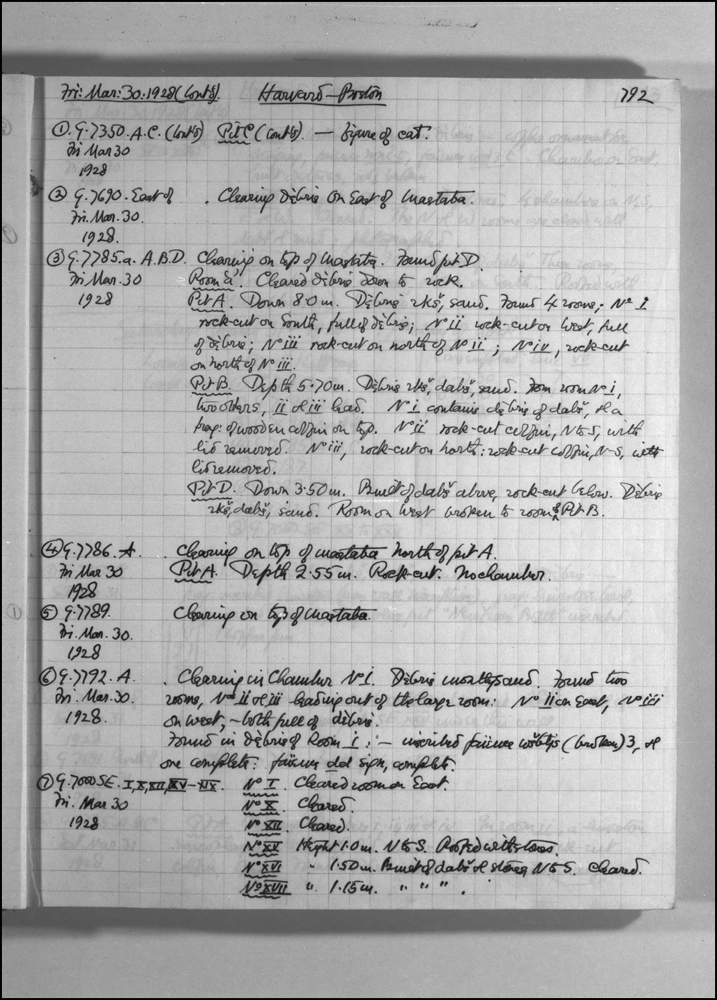 (6) G 7792
G 7792 A: Clearing in chamber No. i. Debris mostly sand. Found two rooms, Nos. ii and iii. leading out of the large room: No. ii on east, No. iii on west, both full of debris.
Found in debris of room i: inscribed faience ushabtis (broken) three, and one complete: faience djed sign, complete.