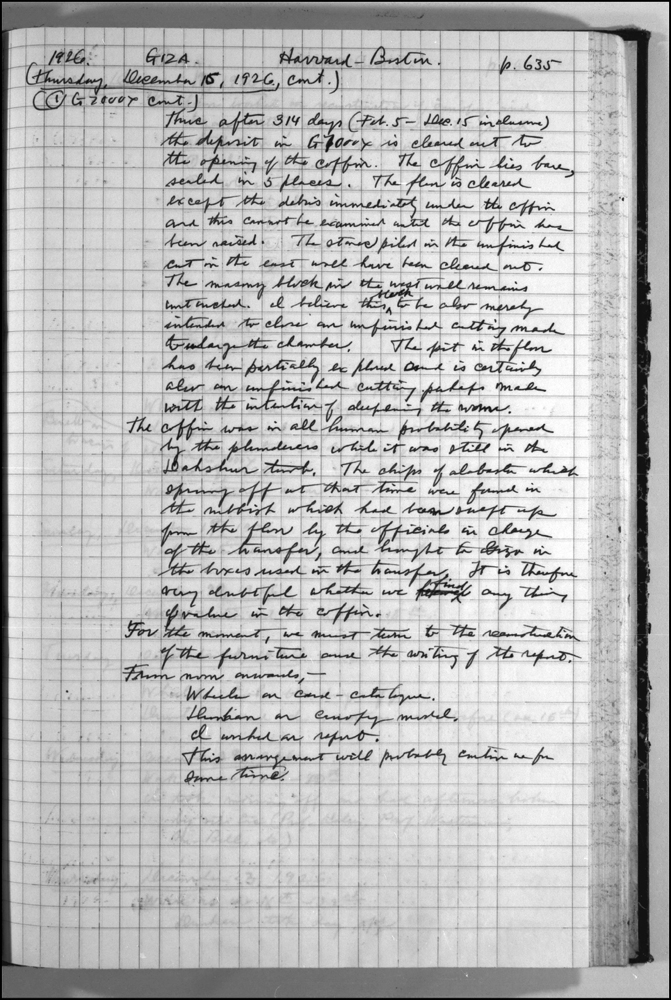 Thus after 314 days (February 5-December 15 inclusive) the deposit in G 7000 X is cleared out to the opening of the coffin. The coffin lies bare, sealed in five places. The floor is cleared except the debris immediately under the coffin and this cannot be examined until the coffin has been raised. The stones piled in the unfinished cut in the east wall have been cleared out. The masonry block in the west wall remains untouched. I believe this block to be also merely intended to close an unfinished cutting made to enlarge the chamber. The pit in the floor has been partially explored and is certainly also an unfinished cutting perhaps made with the intention of deepening the room.
The coffin was in all human probability opened by the plunderers while it was still in the Dahshur tomb. The chips of alabaster which sprang off at that time were found in the rubbish which had been swept up from the floor by the officials in charge of the transfer, and brought to Giza in the boxed used in the transfer. It is therefore very doubtful whether we find anything of value in the coffin.
For the moment, we must turn to the reconstruction of the furniture and the writing of the report.
From now onwards:
Wheeler on card catalogue
Dunham on canopy model
I worked on report
This arrangement will probably continue for some time.