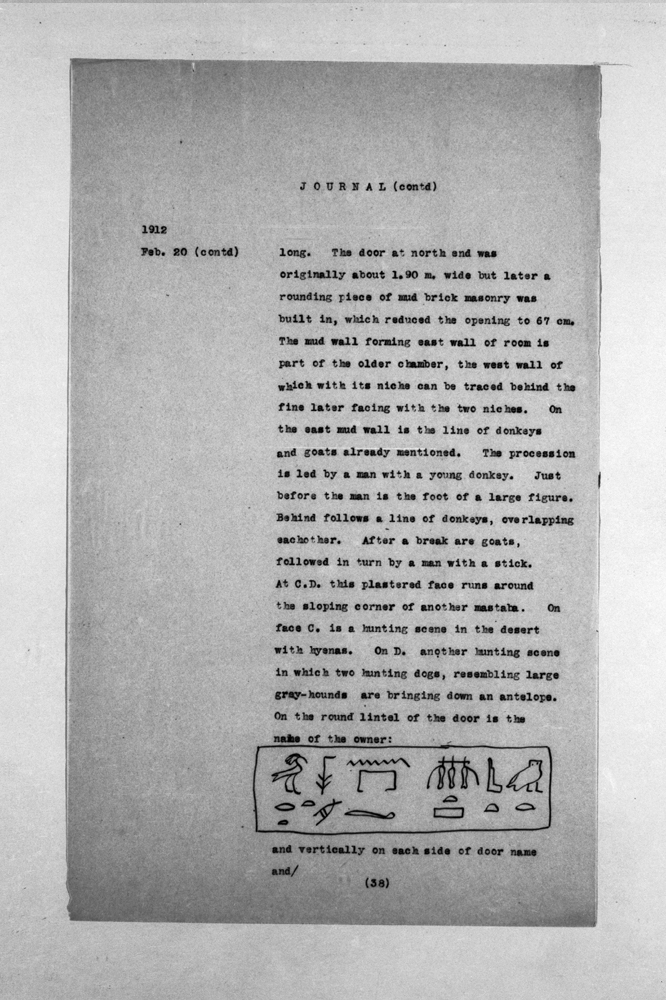 [G 2184 (continued)]
The door at north end was originally about 1.9 meters wide but later a rounding piece of mud brick masonry was built in, which reduced the opening to 67 cm. The mud wall forming east wall of room is part of the older chamber, the west wall of which with its niche can be traced behind the fine later facing with the two niches. On the east mud wall is the line of donkeys and goats already mentioned. The procession is led by a man with a young donkey. Just before the man is the foot of a large figure. Behind follows a line of donkeys, overlapping each other. After a break are goats, followed in turn by a man with a stick. At "cd". this plastered face runs around the sloping corner of another mastaba. On face "c" is a hunting scene in the desert with hyenas. On "d" another hunting scene in which two hunting dogs, resembling large gray hounds are bringing down an antelope. On the round lintel of the door is the name of the owner, [GLYPHS] [Akhmerutnisut] and vertically on each side of door name and