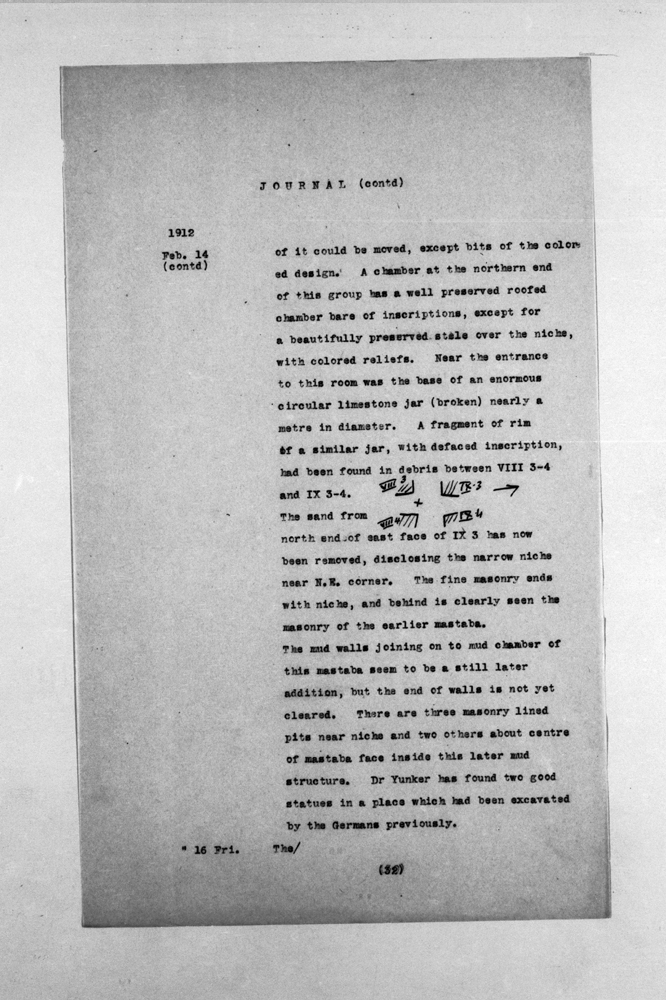 [chamber 61 (continued)]
it could be moved, except bits of the colored design.

A chamber at the northern end of this group has a well preserved roofed chamber bare of inscriptions, except for a beautifully preserved stela over the niche, with colored reliefs. Near the entrance to this room was the base of an enormous circular limestone jar (broken) nearly a meter in diameter.
A fragment of rim of a similar jar, with defaced inscription, had been found in debris between VIII 3-4 [= G 2140 - G 2160] and IX 3 - 4 [= G 2150 - G 2170]. [ILLUSTRATION]

The sand from north end of east face of IX 3 [= G 2150] has now been removed, disclosing the narrow niche near northeast corner. The fine masonry ends with niche, and behind is clearly seen the masonry of the earlier mastaba.
The mud walls joining on to mud chamber of this mastaba seem to be a still later addition, but the end of walls is not yet cleared. There are three masonry lined pits near niche and two others about center of mastaba face inside this later mud structure.

Dr. Junker has found two good statues in a place which had been excavated by the Germans previously.