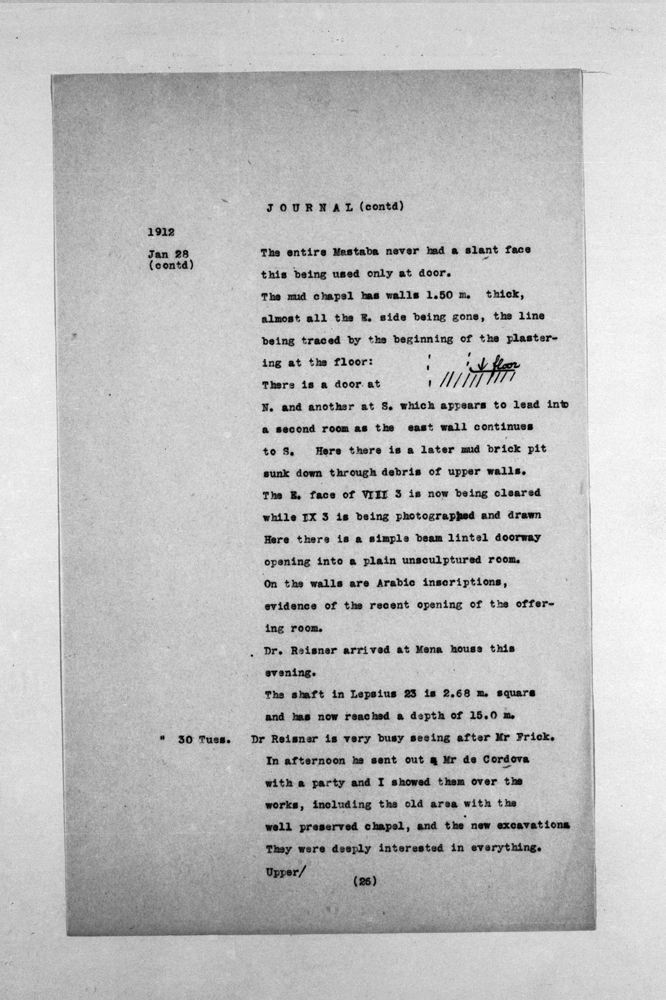 [mastaba IX 3 = G 2150 (continued)]
entire mastaba never had a slant face this being used only at door.
The mud chapel has walls 1.5 meters thick, almost all the east side being gone, the line being traced by the beginning of the plastering at the floor. [ILLUSTRATION] There is a door at north and another at south which appears to lead into a second room as the east wall continues to south. Here there is a later mud brick pit sunk down through debris of upper walls.

The east face of VIII 3 [= G 2140] is now being cleared while IX 3 [= G 2150] is being photographed and drawn. Here there is a simple beam lintel doorway opening into a plain unsculptured room. On the walls are Arabic inscriptions, evidence of the recent opening of the offering room.

Dr. Reisner is very busy seeing after Mr. Frick. In afternoon he sent out Mr. de Cordova with a party and I showed them over the works, including the old area with the well preserved chapel, and the new excavation. They were deeply interested in everything. Upper