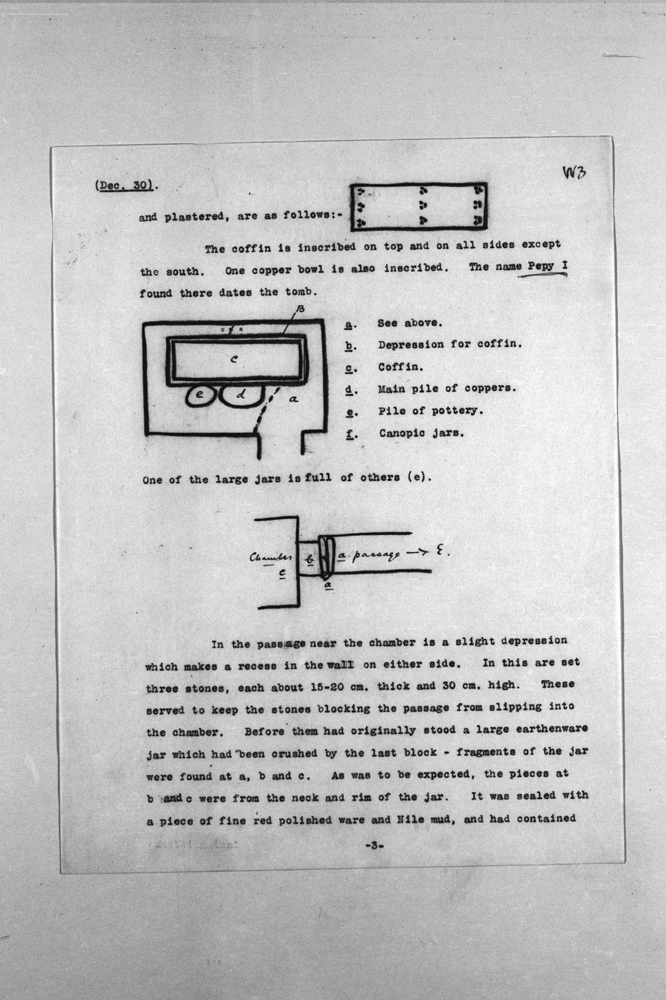 [G 2381 A (continued)]
and plastered are as follows: [ILLUSTRATION]
The coffin is inscribed on top and on all sides except the south. One copper bowl is also inscribed. The name Pepy I found there dates the tomb.

a. See above.
b. Depression for coffin
c. Coffin.
d. Main pile of coppers.
e. Pile of pottery.
f. Canopic jars.
One of the large jars is full of others (e).

In the passage near the chamber is a slight depression which makes a recess in the wall on either side. In this are set three stones, each about 15 to 20 cm thick and 30 cm high. These served to keep the stone blocking the passage from slipping into the chamber. Before them had originally stood a large earthenware jar which had been crushed by the last block - fragments of the jar were found at a, b and c [see illustration above]. As was to be expected the pieces at b and c were from the neck and rim of the jar. It was sealed with a piece of fine red polished ware and Nile mud, and had contained