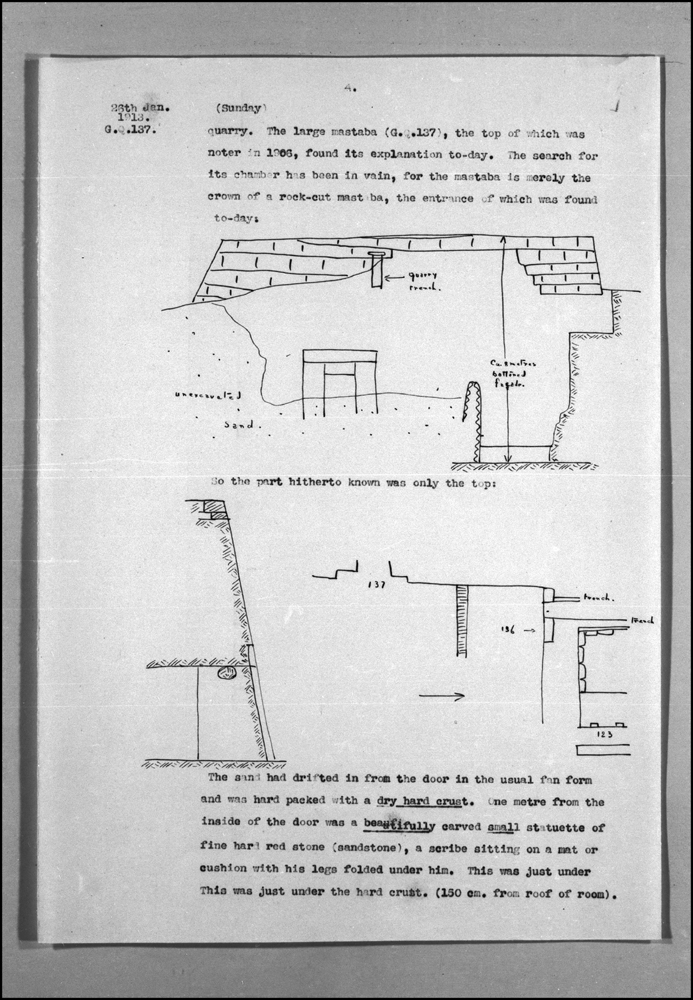 [Menkuare quarry cemetery (continued)]
quarry. The large mastaba (GQ 137 [MQ 137 = MQ 1]), the top of which was noted in 1906, found its explanation today. The search for its chamber has been in vain, for the mastaba is merely the crown of a rock-cut mastaba, the entrance of which was found today:

So the part hitherto known was only the top:

The sand had drifted in from the door in the usual fan form and was hard packed with a dry hard crust. One meter from the inside of the door was a beautifully carved small statuette of fine hard red stone (sandstone) [13-1-560], a scribe [Khu-en-Ra scribe, margin notes] sitting on a mat or cushion with his legs folded under him. This was just under the hard crust (150 cm from roof of room).