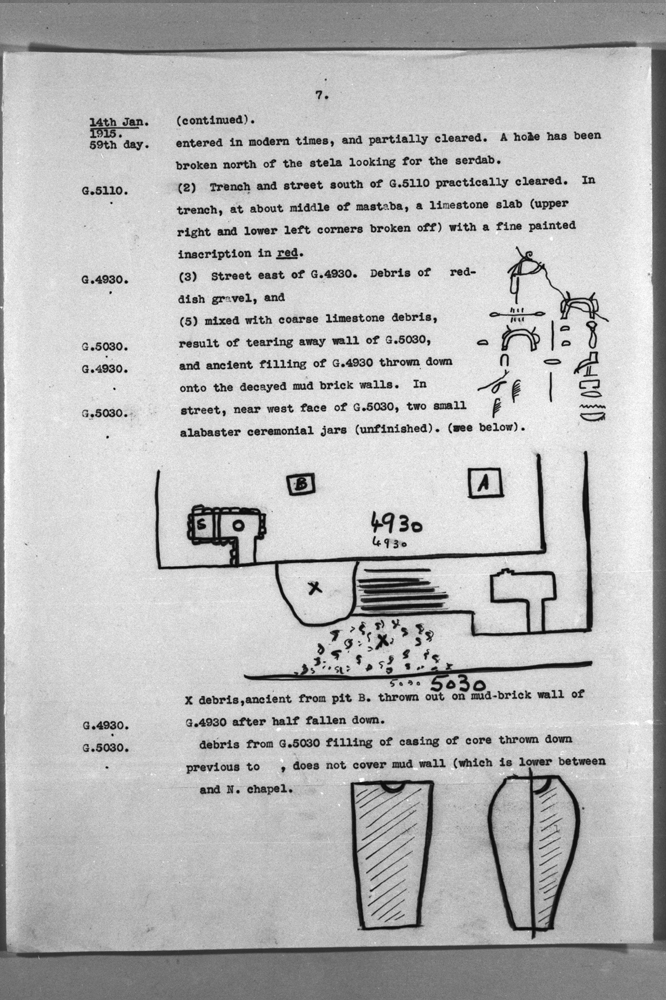 [(1) G 4513 (continued)]
entered in modern times, and partially cleared. A hole has been broken north of the stela looking for the serdab.

(2) South of G 5110
Trench and street south of G 5110 practically cleared. In trench, at about middle of mastaba, a limestone slab (upper right and lower left corners broken off) with a fine painted inscription in red.

x debris, ancient from pit B thrown out on mud brick wall of G 4930 after half fallen down.
+ debris from G 5030 filling of casing of core thrown down previous to x, does not cover mud wall (which is lower between x and north chapel).