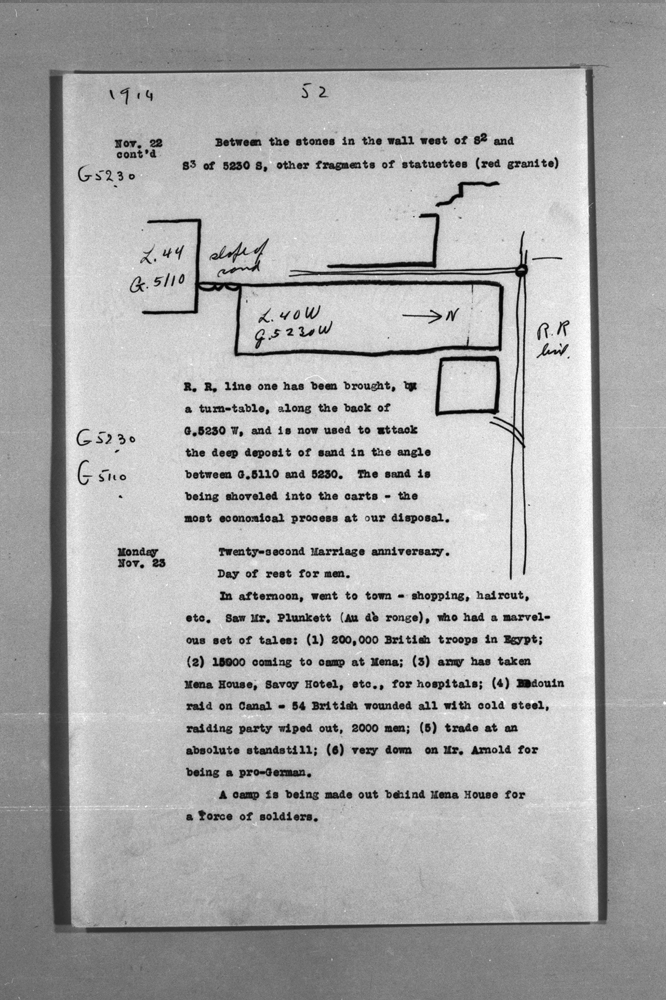 Railroad line one has been brought, by a turn-table, along the back of G 5230 W, and is now used to attack the deep deposit of sand in the angle between G 5110 and G 5230. The sand is being shoveled into the carts - the most economical process at our disposal.

Twenty second marriage anniversary.
Day of rest for men.
In afternoon, went to town - shopping, haircut, etc. Saw Mr. Plunkett (Au de ronge), who had a marvelous set of tales: (1) two hundred thousand (200,000) British troops in Egypt; (2) fifteen thousand (15,000) coming to camp at Mena; (3) army has taken Mena House, Savoy Hotel, etc. for hospitals; (4) Bedouin raid on Canal - fifty four British wounded all with cold steel, raiding party wiped out, two thousand (2,000) men; (5) trade at an absolute standstill; (6) very down on Mr. Arnold for being a pro-German.
A camp is being made out behind Mena House for a force of soldiers.