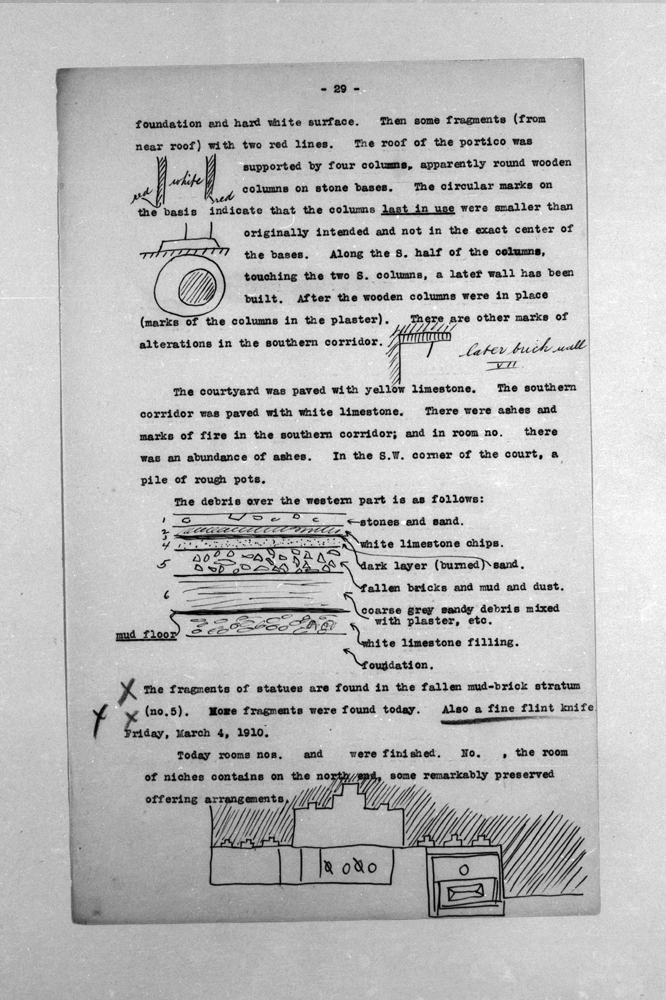 foundation and hard white surfaces. Then some fragments (from near roof) with two red lines. [ILLUSTRATION] The roof of the portico was supported by four columns, apparently round wooden columns on stone bases. [ILLUSTRATION] The circular marks on the basis indicate that the columns last in use were smaller than originally intended and not in the exact center of the bases. Along the south half of the columns, touching the two south columns, a later wall has been built. After the wooden columns were in place (mark of the columns in the plaster). There are other marks of alterations in the southern corridor.

The fragments of statues are found in the fallen mud brick stratum (no. 5). More fragments were found today. Also a fine flint knife.

Today rooms nos. __ and __ were finished. No.__, the room of niches contains on the north end, some remarkably preserved offering arrangements.