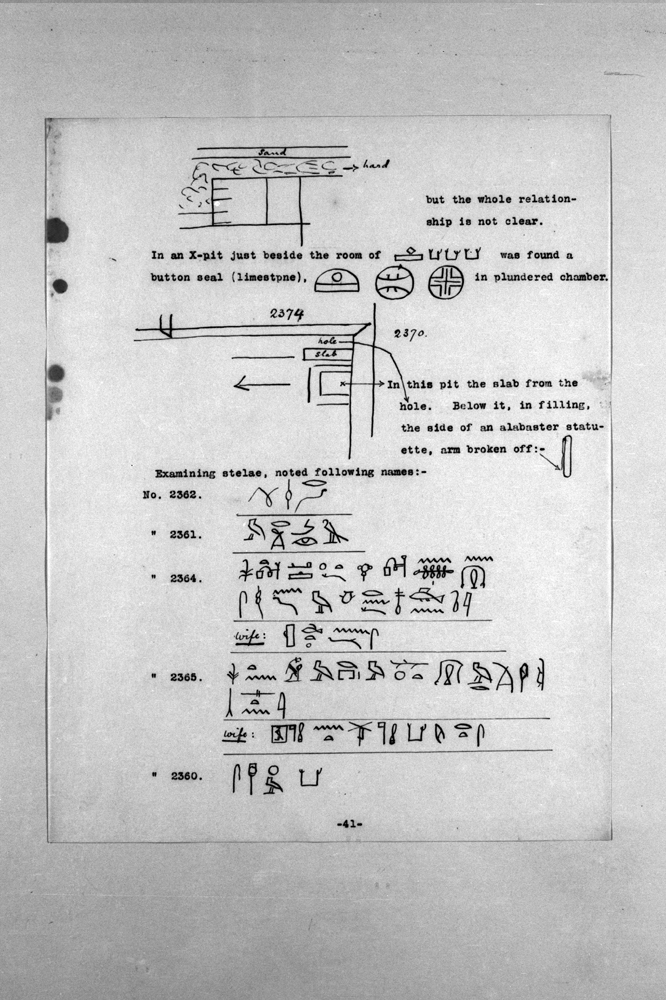 [ILLUSTRATION]
but the whole relationship is not clear.

[ILLUSTRATION]
[G 2370, G 2374]
[ARROW] In this pit the slab from the hole. Below it, in filling, the side of an alabaster statuette, arm broken off [ILLUSTRATION]