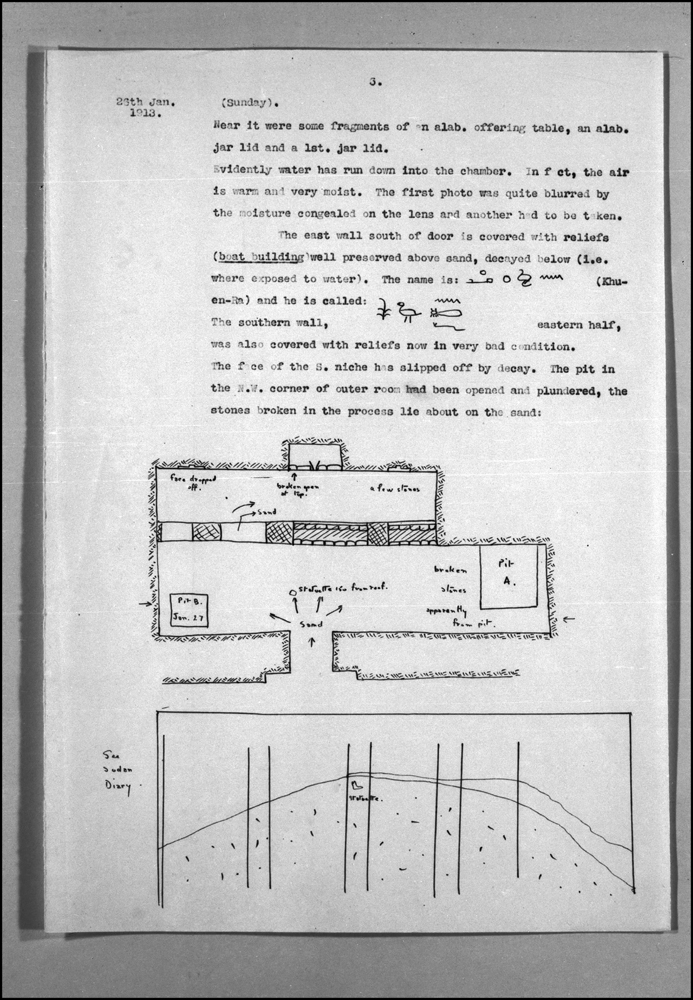 [Menkaure quarry cemetery MQ 137 = MQ 1 (continued)]
Near it were some fragments of an alabaster offering table, and alabaster jar lid and a limestone jar lid.
Evidently water has run down into the chamber. In fact, the air is warm and very moist. The first photo was quite blurred by the moisture congealed on the lens and another had to be taken.
The east wall south of door is covered with reliefs (boat building) well preserved above sand, decayed below (i.e. where exposed to water). The name is: [GLYPHS] (Khu-en-Ra) [Khuenre] and he is called: [GLYPHS]. The southern wall, eastern half was also covered with reliefs now in very bad condition. The face of the south niche has slipped off by decay. The pit in the northwest corner of outer room had been opened and plundered, the stone broken in the process lie about on the sand: