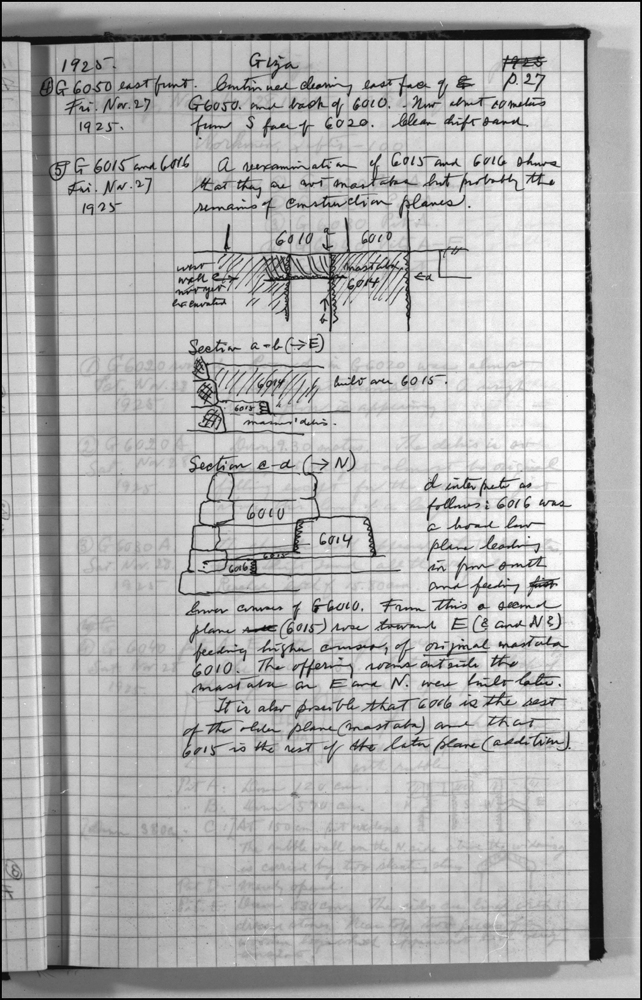 d interprets as follows: G 6016 was a broad low plane leading in from south and feeding lower courses of G 6010. From this a second plane (G 6015) rose toward east (? and north?) feeding higher courses, of original mastaba G 6010. The offering rooms outside the mastaba on east and north were built later.
It is also possible that G 6016 is the rest of the older plane (mastaba) and that G 6015 is the rest of the later plane (addition).