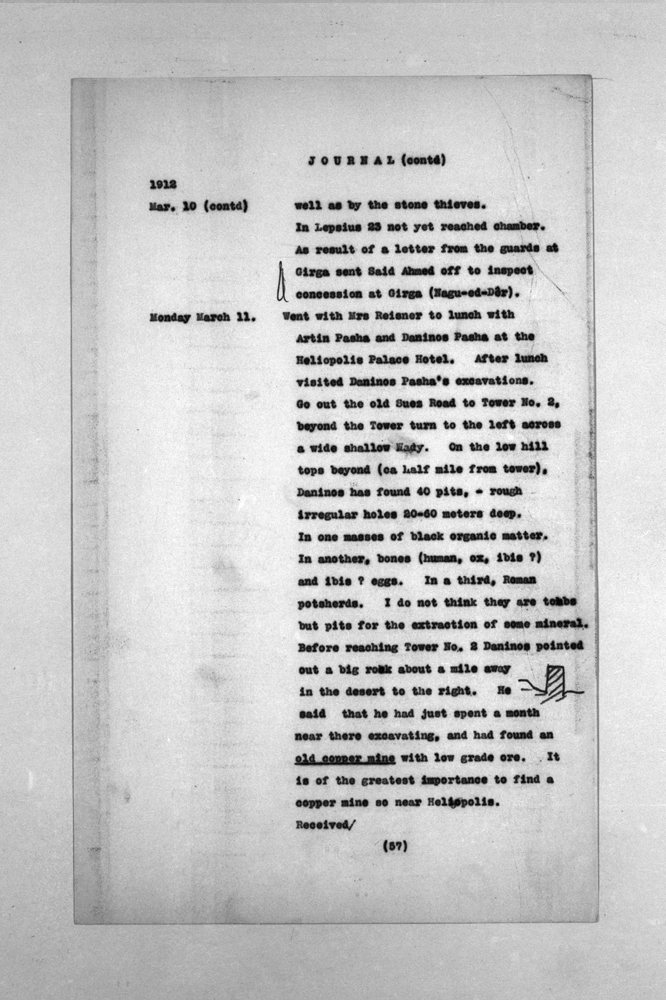 As result of a letter from the guards at Girga sent Said Ahmed off to inspect concession at Girga (Naga ed-Deir).

Went with Mrs. Reisner to lunch with Artin Pasha and Daninos Pasha at the Heliopolis Palace Hotel. After lunch visited Daninos Pasha's excavations. Go out the old Suez Road to tower no. 2, beyond the tower turn to the left across a wide shallow wady. On the low hill tops beyond (ca. half mile from tower), Daninos has found forty pits, rough irregular holes 20-60 meters deep. In one masses of black organic matter. In another, bones (human, ox, ibis?) and ibis? eggs. In a third, Roman potsherds. I do not think they are tombs but pits for the extraction of some mineral. Before reaching tower no. 2 Daninos pointed out a big rock about a mile away in the desert to the right. [ILLUSTRATION] He said that he had just spent a month near there excavating, and had found an old copper mine with low grade ore. It is of the greatest importance to find a copper mine so near Heliopolis. Received