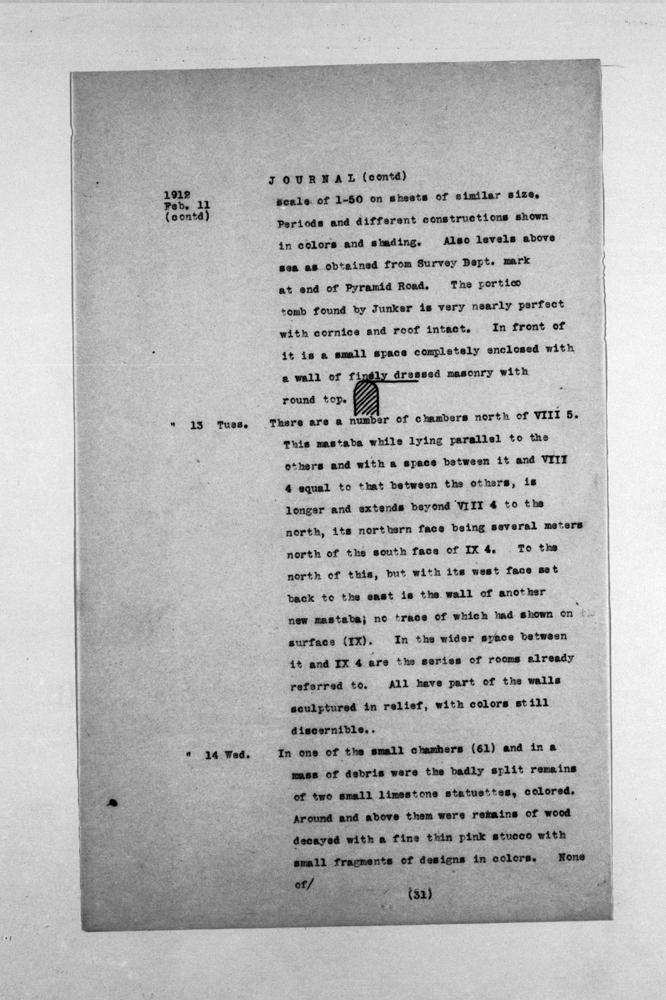 of 1:50 on sheets of similar size. Periods and different constructions shown in colors and shading. Also levels above sea as obtained from survey department mark at end of Pyramid Road.

The portico tomb [= G 2100-II] found by Junker is very nearly perfect with cornice and roof intact. In front of it is a small space completely enclosed with a wall of finely dressed masonry with round top [ILLUSTRATION].

In one of the small chambers (61) and in a mass of debris were the badly split remains of two small limestone statuettes [MFA 12.1505], colored. Around and above them were remains of wood decayed with a fine thin pink stucco with small fragments of design in colors. None of